How To Extend Your Longevity

Diet and exercise are just a piece of the longevity puzzle. 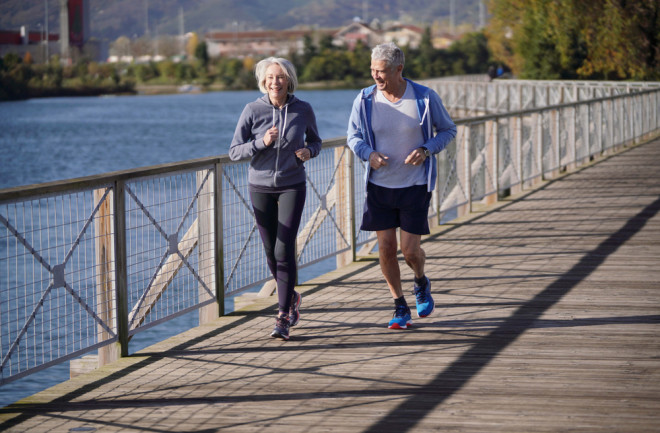 It’s an age-old question: How can we extend our lives and make the years we have as disease and pain-free as possible? If you look on social media, any number of so-called experts are providing quick-fix tips for extending longevity. But what does the research say? What tried and true tips are backed by science? One hint, according to experts: If you want to extend your life, you need to start today.

Nathan K. LeBrasseur is the co-director of the Paul F. Glenn Center for Biology of Aging Research at Mayo Clinic. He says that without question the research shows that exercise is the most effective and robust means to extend healthy aging. The goal, he says, is to compress morbidity until the very end of life and exercise is a great tool for this. “It’s a front-line defense against everything from Alzheimer’s disease to type 2 diabetes, cancer and even osteoarthritis,” he says.

According to LeBrasseur, exercise seems particularly effective at staving off aging because it counteracts mitochondrial dysfunction, a disorder that occurs when cell structures that produce energy, malfunction. It also helps with detoxing the body of old and damaged cells, which can cause DNA damage over time. Extensive evidence has shown that endurance exercise (done most days of the week) like running, walking, swimming and biking extends neuromuscular, heart and cognitive health. At the same time, resistance training like lifting weights a few times weekly is important for maintaining the muscle mass and function important for mobility, he says.

But while structured exercise is crucial, daily nonstructural movement is also key to living a long and healthy life. Online shopping, screen time and virtual everything have engineered movement right out of our day, which works against healthy aging, says LeBrasseur. From grocery shopping to walking to the mailbox to parking further away from your destination, expanding daily movement is best if you want to prosper in later years. “Physical inactivity is one of the biggest challenges to healthy aging,” he says.

Beyond movement, LeBrasseur says those with more meaning and purpose in their day also tend to be happier and healthier. This is hard to quantify compared to exercise and we don’t know the mechanism, but it could be related to the fact that having structure and purpose is in opposition to loneliness, which has been shown to cause an inflammatory response in the body. And chronic inflammation, a state when the body is producing inflammatory cells, has been shown to speed aging.

The third leg to our healthy aging stool is, not surprisingly, diet. Three times a day, every day, your diet is your daily medicine if you choose the right foods. And according to an abundance of evidence, the Mediterranean diet — a way of eating inspired by those living near the Mediterranean Sea — is the healthiest way to live a long life.

Marialaura Bonaccio is an epidemiologist with the Italian Ministry of Health who studies the impact of a Mediterranean diet on the inflammatory response. She says that it’s not one particular superfood in the diet that’s promoting longevity, but rather a mix of foods including ample fruits, vegetables, legumes, whole grains, fish, olive oil and red wine. “It’s the combination of basic foods typical in a Mediterranean diet that seem to stave off morbidity,” she says.

Research has also shown that a Mediterranean diet seems to modulate the gut microbiota in a way that promotes longevity by increasing diversity in the gut as well as increasing the balance of good bacteria. The diet is also linked to fewer markers of inflammation in the stool.

Bonaccio notes that a very important difference in the Mediterranean diet, which seems to impact lifespan, has to do with the use of red wine. While in other parts of the world alcohol is consumed outside of meals, in a Mediterranean diet red wine is consumed exclusively with food. She says this is a huge reason why it’s beneficial. When wine is accompanied by food it’s absorbed into the bloodstream slowly. This safeguards the liver by holding it in the stomach longer, and as a result, the body enjoys the antioxidants of wine without any negative impact on the liver.

Seasoning foods with olive oil instead of other forms of fat, which is typical of a Mediterranean diet, is another reason for the diet’s protective impact on aging. Olive oil is made up of monounsaturated fats shown to lower the amount of bad cholesterol, also known as LDL cholesterol, which has an anti-inflammatory impact on the body.

In the end, longevity is about the long game. Exercise, movement, a positive outlook and a Mediterranean diet are simple enough, but it takes commitment to make them happen. Still, being able to move, love, eat and enjoy yourself later in life, now that’s a worthwhile pay-off.