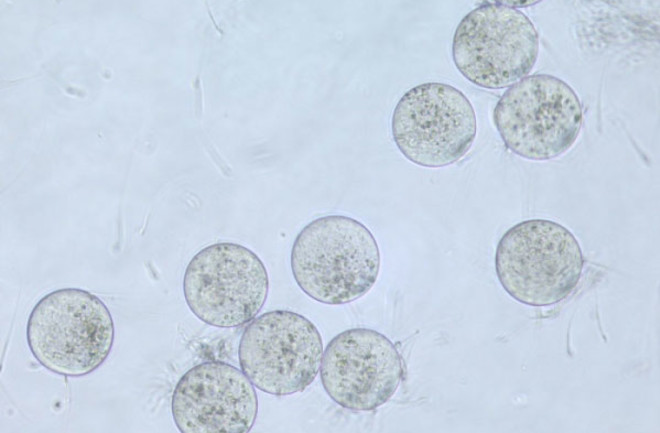 Sperm meets egg: This rendezvous is crucial to procreation. But the actual mechanism behind fertilization has remained a mystery — until now.

British scientists published a study in April that identified a protein on the egg’s surface — dubbed Juno, after the Roman goddess of fertility — that fuses with its male counterpart on the sperm cell, resulting in conception.

Using an artificial version of the protein Izumo, found on the surface of sperm, the team scoured the genetic sequences of millions of proteins until they found one that attached itself to Izumo, like a key in a lock. But the attraction between Juno and Izumo is weak, which explains why it took so long to ferret out the protein. Once fertilization occurs, the Juno protein virtually disappears from the egg’s surface in about 40 minutes, ultimately preventing other sperm from entering.

The discovery could result in a genetic test to detect if a woman’s infertility is due to a defective Juno protein. It also may lead to contraception that blocks the action of these proteins, thwarting sperm.