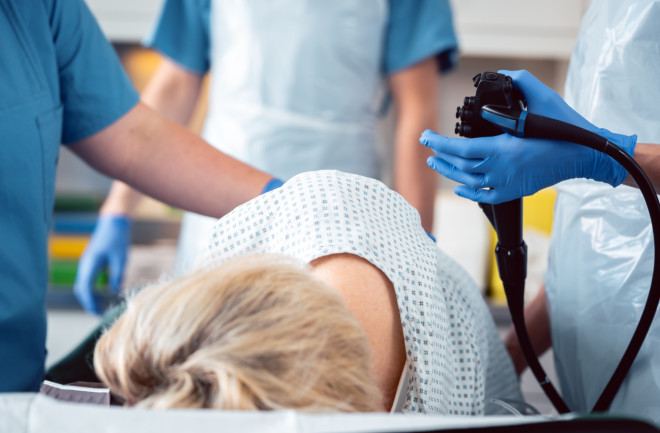 The American Cancer Society, the U.S. Preventive Services Task Force and many gastroenterologists still recommend adults undergo colon cancer screenings starting at age 45. But the first randomized investigation into whether colonoscopies successfully detect the disease is causing Americans to wonder whether they’ve been enduring the unpleasant procedure unnecessarily.

The study of more than 84,500 men and women from Poland, Norway and Sweden found only an 18 percent risk of colon cancer after 10 years among those randomly invited to have a camera explore their intestines. These results, published in the New England Journal of Medicine in October, surprised even the study’s principal investigator.

There’s no doubt that colon cancer is the second-leading cause of cancer death in the U.S. But for the countries represented in this study, colonoscopies are not part of standard care the way they are in the U.S. Only 42 percent of the adults (aged 55 to 64) invited to undergo a colonoscopy actually had the procedure done, the researchers report.

A second analysis compared those who did receive a colonoscopy to a control group: Colonoscopy patients had a 31 percent lower risk of developing colon cancer, says Michael Bretthauer, lead investigator and professor of medicine at the University of Oslo in Norway. “I was a little disappointed,” he says. “I thought there would probably be more than a 31 percent lower risk.”

Read more: Is a Patient's Stomach Pain Hours After a Colonoscopy a Sign of Something Serious?

During the five years Bretthauer lived in the U.S., he’d heard the conventional wisdom that those who received colonoscopies cut their colon cancer risk by 80 percent. Yet he and his colleagues have now found that merely offering colonoscopies does not significantly decrease cancer death. When comparing those who opted for the colonoscopy with a control group, colonoscopies reduced cancer death by about half.

“I think people should take away that the numbers you have been hearing in the U.S. — an 80 to 90 percent reduction of risk — are too high,” Bretthauer says.

The efficacy of colonoscopies is dependent upon the experience, skill and equipment used by practitioners, explains William Dahut, chief scientific officer for the American Cancer Society. Also, he adds, inadequate bowel preparation may hinder the doctor’s ability to see some very flat polyps in the colon.

Because colon cancer screening with colonoscopies isn’t standard in Poland, Norway or Sweden, Jason Dominitz — a professor at the University of Washington and the national director of gastroenterology for the Veterans Health Administration — wondered whether the quality of their colonoscopies influenced the study’s results.

“Endoscopists with a higher adenoma [a type of precancerous polyp] detection rate offer their patients greater protection from the risks of colorectal cancer and related death than endoscopists who find fewer precancerous polyps,” he and a colleague wrote in an editorial accompanying the study.

“It should be at least 25 percent. The average rate in the U.S. is 40 percent,” he says, though adding that, because women tend to have fewer adenomas than men, doctors whose patients are mostly women should have a benchmark ADR of at least 20 percent.

Colonoscopy Benefits May Still be There

The Nordic trial was a randomized trial, while U.S. studies are cohort studies in which all study participants receive colonoscopies. With cohort studies, the “healthy volunteer effect” can influence results, Dominitz says.

“The people who eat right, exercise, do everything they’re told to do by their doctor, they also get a colonoscopy and they’re less likely to get colon cancer,” he says. “Well, is it because they had a colonoscopy or because they eat right and exercise and do all that other good stuff?”

Colon cancer is linked to unhealthy lifestyle factors: obesity, alcohol and tobacco use. That could be one reason why U.S. researchers have overestimated the benefits of colonoscopies in the past, he continues.

Bottom line? While the benefits of colonoscopies were probably overestimated prior to the Nordic trial, the latest study from Norway, Poland and Sweden may underestimate the benefits. “[But] I think people should still get screened for colon cancer, the second leading cause of cancer death,” Dominitz says. “We know that screening works.”

The American Cancer Society “has made no changes to our guidelines based on this paper,” adds Dahut. Guidelines for those at average risk still include a combination of stool-based tests beginning at age 45 and colonoscopies every 10 years.

As for Bretthauer, he and his colleagues will continue to follow their study subjects and expect to report further outcomes 5 years down the line. In the meantime, he suggests consulting with a doctor before deciding whether regular colonoscopies are right for you.