How Antidepressants Work Is a Mystery Scientists Still Don't Understand

Antidepressants have many unknowns — including why they affect depression symptoms in the first place. 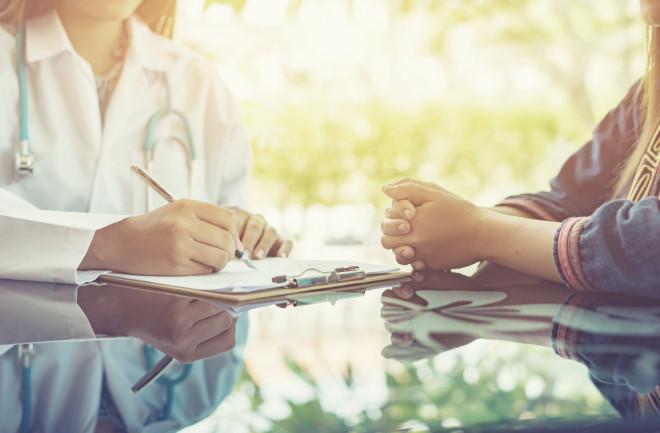 (Credit: Have a nice day Photo/Shutterstock)

If you’ve been feeling down lately, you aren’t alone: Depression is on the rise in the U.S. As the COVID-19 pandemic stretches on, about a third of Americans are showing signs of depression or anxiety, according to the U.S. Census Bureau. That’s about double the percentage of people who reported experiencing a depressive mood six years ago.

Though depression and anxiety can be serious and debilitating diseases, the tools we have to treat them are only partially understood by scientists and physicians. As their name suggests, antidepressant medications are commonly used to treat moderate to severe cases of depression. While physicians and researchers know the basics of what these medications do in the brain, they still don’t know how much of the effects are placebo and how much are real drug effects. These unknowns, along with the complex nature of the illness, mean doctors often have to try multiple antidepressants before they find one that works for each patient.

There are about 40 different antidepressants currently in use around the world, says Lauren Edwards, a clinical psychiatrist at the University of Nebraska Medical Center. The most common types of antidepressants are tricyclic antidepressants (TCAs, including desipramine and amoxapine), selective serotonin re-uptake inhibitors (SSRIs, such as Prozac, Paxil and Zoloft) and selective serotonin noradrenaline re-uptake inhibitors (SNRIs, including Cymbalta and Pristiq). While these medications function in similar ways, SSRIs are the most popular and tend to have fewer side effects than TCAs or SSNIs.

In general, these drugs work by increasing the availability of neurotransmitter chemicals like serotonin and norepinephrine in the brain, says Edwards. These chemicals help pass signals between neurons, performing a critical function in cranial communication. Why boosting brain communication can help alleviate symptoms of depression, however, is unclear, she says.

“We know to some extent what [these drugs are] doing, but we don’t necessarily know why this works for depression or anxiety,” says Edwards.

Antidepressants quickly increase concentrations of these neurotransmitters shortly after someone starts taking the medication, says Christin Drake, a clinical psychiatrist at NYU Langone Health. But patients generally don’t start to feel the benefits for several weeks. The reason for this lag time, and what’s happening during this gap, is not clear.

“There are different ideas about what may be going on, mostly related to the potential for growth,” says Drake. People with depression tend to have decreased volumes in certain areas of the brain, which can be corrected with treatment like antidepressants, she says. Improving communication between neurons and brain activity may help stimulate neurogenesis (the formation of new neurons) and increase neuroplasticity (the ability of the brain to create new neural connections), says Edwards, essentially helping the brain get stronger.

“If you don’t use it, you lose it,” says Edwards. “Not that your brain will atrophy completely, but if you’re not using it, well, it does kind of atrophy a little bit. Brain cells can kind of shrivel up, have fewer connections and potentially die.”

It’s also unclear how much patients improve simply because they know they are receiving treatment. The placebo effect — when a patient feels better because they think they are receiving a treatment they expect to work — plays a role in many medical treatments, from treating reflux to depression, says Edwards. Experts don’t know how much of the effect people feel from antidepressants is the result of a placebo effect, says Edwards. Just a few years ago, experts were debating whether the entire effect of antidepressants was the result of placebo, she says.

But more recently, research suggests antidepressants may have both an actual pharmacological impact and a placebo effect that influences how patients feel when they start taking the drugs. For example, a recent meta-analysis concluded that antidepressants do have a statistically significant effect compared with placebo alone, says Edwards. Older research from the 1990s supports this, suggesting that 25 percent of the impact of antidepressants is due to placebo, 25 percent due to unknown factors and about 50 percent from the actual pharmacological effects from the drugs.

“Placebo is something I think we just need to be aware of, and maybe even find ways to harness,” says Edwards. Patients who start to feel better days after they start taking an antidepressant probably aren’t feeling the pharmacological benefits of the medicine yet. “If that placebo response early on helps them to feel better, that doesn’t mean that the medicine won’t also help them as they continue to take it over the course of a year.”

Because there are still so many unknowns, it can take several tries with several different medications to find the one that helps each patient. When choosing an antidepressant to prescribe, doctors have to consider many factors, says Edwards. Depression is a heterogeneous disease, she says, manifesting differently in each patient. Physicians have to consider the whole patient — their age, medical history, family medical and psychiatric history, preexisting conditions and life circumstances — when selecting a medication.

“For example, if you have a middle-aged man who recently had a heart attack and has high cholesterol, untreated sleep apnea and poor quality diet who has depression, he’s not going to respond to the same medication that, say, a young 19-year-old female who just left home for the first time and is having stress from college,” Edwards says.

A person's plans for the future — like the desire to get pregnant, or proximity to menopause — can also influence medication choice, says Drake. And if a family member has had success with a particular medication, there is an increased likelihood the patient will also respond well to that same antidepressant, she says.

Medication choice will also vary with depression symptoms, says Edwards. If someone is having trouble sleeping or lots of anxiety and panic attacks, a more sedating antidepressant taken at night might be a good choice. There are also medications that can help with the migraines or neuropathic pain that can accompany depression, she says.