How a Heart Can Stop After a Forceful Impact

Damar Hamlin collapsed after making a routine tackle in a NFL game Monday, and some speculate commotio cordis might be the culprit. 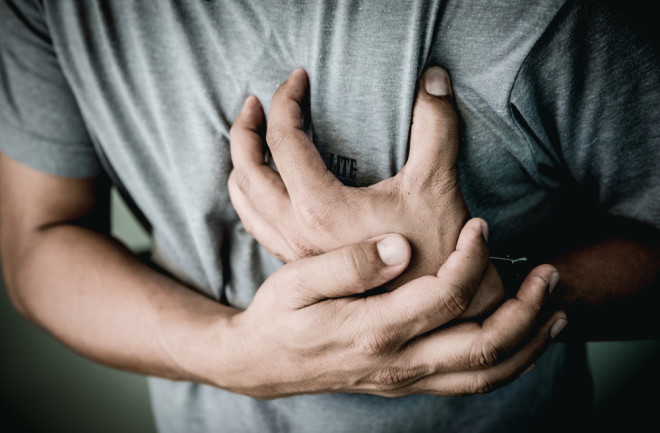 The NFL’s most recent rendition of Monday Night Football brought to light a rare but deadly affliction that occurs in sports: commotio cordis. According to a study by the New England Journal of Medicine, the exact rates of commotio cordis are unknown, but it is one of the most frequent cardiovascular causes of sudden death in young athletes.

Commotio cordis, Latin for “agitation of the heart,” is an injury that occurs when blunt trauma to the chest disrupts the cardiac rhythm of the heart, sending those who experience it into cardiac arrest.

While it is not confirmed that Damar Hamlin experienced commotio cordis on the field Monday night, it is known that he suddenly suffered a cardiac arrest after making a tackle. If commotio cordis was the culprit, it would not be the first time a player in a professional sporting event suffered from it.

In 1998, hockey player Chris Pronger went into cardiac arrest after a puck hit him in the chest. He survived the incident, and recent news suggests that Hamlin is on the path to recovery as well.

Commotio cordis is often associated with baseball because it occurs when a ball strikes a player in the chest, but nearly all major sports have seen cases of the trauma. It most commonly impacts younger, male athletes between the ages of eight and 18.

For commotio cordis to occur, the timing of the impact needs to be exact, making the event extremely rare. As the heart pumps blood throughout the body, it emits electrical signals. The impact from an object sends additional electrical waves through the body. If these electrical waves hit the heart at just the wrong time, they can disrupt the heart’s rhythm, triggering commotio cordis and sending a person into cardiac arrest.

Commotio cordis separates itself from other cardiovascular disruptions because it leaves no structural damage to the heart. By definition, it can only occur in the absence of any underlying cardiovascular disease. Various factors can affect one’s chances of survival, including the shape, hardness, diameter and velocity of the object impact. Additionally, the variability of a person’s chest, such as the thinness of their chest wall, can change odds of survival.

There are a few specific conditions that lead to the highest risk of commotio cordis if an object strikes at the wrong time, according to a study published in the Journal of Biomechanical Engineering.

The study, conducted by a team of researchers at Western University, simulated 128 baseball impacts to a person’s chest across 16 different impact locations and four different baseball stiffness levels. The results showed that an initial velocity of 17.88 meters per second and an impact location over the heart’s left ventricle led to the most damage.

“Currently, we have identified vulnerable positions over the chest that may result in commotio cordis in children playing baseball,” says Dickey in the addendum. “Our future research aims to explore other sports and avenues in which we can prevent commotio cordis and save the lives of children in sport.”