Research on honey’s antibacterial qualities could push this ancient remedy from alternative medicine into the mainstream. 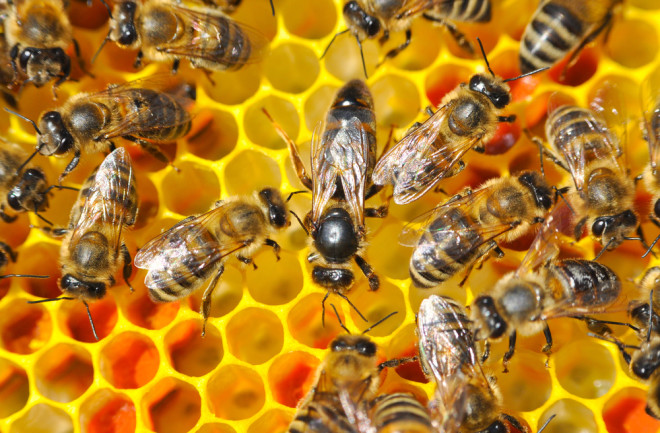 Honey bees are one of nature's most prized pollinators. (Credit: Ivan Marjanovic/Shutterstock)

Ancient humans liked to put weird things on open wounds: animal poop, moldy bread and a gooey substance produced by bees. But modern science suggests the gooey one — honey — is a powerful killer of bacteria that cause infections. As scientists race against the growing crisis of antibiotic resistance, some expect honey to make a medical comeback thousands of years later.

About 15 years ago, the science evaluating honey as an antibacterial finally gained some legs, according to Dee Carter, a microbiologist at the University of Sydney. Carter has been studying the antibacterial effects of honey for almost 25 years. Since then, researchers have discovered multiple mechanisms that make honey a top-notch bacterial assassin — depending on the type of honey.

Today, you can find over 300 types of honey produced around the world. They differ by the type of flower the honeybees visit to extract nectar. Once the nectar reaches their stomachs, it doesn’t stay long; honeybees take turns regurgitating the sugary mixture to fill their honeycomb. (Also, bee enthusiasts want you to know: Despite what you may have heard, honey is not bee vomit, since the nectar never technically reaches the digestive tract.)

The process creates a complex substance where the high acidity, sugar content and viscosity make it difficult for bacteria to thrive — but the most lethal element is hydrogen peroxide, according to a 2012 study. Carter explains that all honeys produce hydrogen peroxide to varying degrees because of an enzyme in the bees’ spit, which mixes with the nectar during all that regurgitation. Their saliva contains glucose oxidase, and when exposed to water it breaks down glucose in honey and forms hydrogen peroxide, a commonly used antibacterial substance.

But there’s one type of honey that researchers have paid the most attention to, because its bacteria-killing arsenal goes beyond hydrogen peroxide. Manuka honey comes from honeybees that feast on the nectar from manuka flowers in New Zealand. Carter says manuka honey’s antibacterial properties stem from a special chemical in manuka flowers called dihydroxyacetone, or DHA. In honey, DHA becomes methylglyoxal (MGO), which is a sugar that attacks undesirable bacteria. Humans and other organisms have a well-developed enzyme system that protects them from MGO, while bacteria don’t fare as well.

Just like the way ancient humans used honey, scientists have primarily focused on using honey to treat wounds. “There is a lot of scientific evidence that shows that honey allows complex wounds to heal,” says Edwar Fuentes Pérez, a biochemist at the University of Chile.

This is good news, because bacteria can run amok in complex wounds like ulcers. Carter says these wounds are more likely to have multiple bacterial strains living together inside something called a biofilm, which is a self-produced matrix of bacterial slime. These types of wounds require strong topical antibiotics to treat. Researchers are finding that honey is one of the best options.

“Most antibiotics will slow down wound healing, and they will cause cellular damage as well, whereas honey seems to actually kill the bacteria and promote healing,” says Carter.

As for smaller, run-of-the mill cuts? Carter says honey still has an advantage over things like Neosporin and hydrogen peroxide spray. Neosporin has three antibiotics, so it’s effective against a range of bacteria — but not if the bacteria are resistant to one or more of the antibiotics. And hydrogen peroxide on its own (not within honey) can damage tissues while killing bacteria.

“Honey has none of these issues — you can use it as much as you like without any side-effects,” Carter says. She uses honey herself, most recently after a small procedure on her face. But, before you do the same, Carter emphasizes buying medical-grade honey, since it has been sterilized and is FDA-approved.

Also, there’s less evidence from studies to show consuming honey has antibacterial effects within the body, Carter says. This means the jury is still out on whether the honey in your tea is capable of doing anything more than soothing a sore throat.

With strong evidence that honey treats bacteria in wounds and promotes healing, the question arises: Why isn’t honey being prescribed by doctors yet?

“I suppose it’s probably the snobbery of the medical industry,” says Carter, with a laugh. But, she adds, that’s not the whole story. Most of the scientific proof for honey as an antibiotic remains stuck in the petri dish. Carter and Fuentes Pérez both point out there still aren’t robust clinical studies in large samples of humans, which will be necessary before physicians feel comfortable prescribing it.

Even if doctors started prescribing honey for wounds tomorrow, a separate problem arises, says Scott Sell, a biomedical engineer at Saint Louis University: Many patients aren’t going to want to smear honey all over their open gash. “There’s a lot of drainage [in wounds],” Sell says. “The temperature gets elevated, and so it mixes with the honey and it just becomes a really gross mess.”

To combat this, Sell’s lab has created a better way to deliver honey into a wound by first putting it inside materials that mimic the structure of human skin. These are called electrospun scaffolds — thin wound dressings made out of tiny nanofibers spun tightly together using electric force. Researchers are now studying their ability to help heal wounds. This new method sustains the release of honey into the wound over time — which keeps the antibacterial effects going for longer and prevents honey from oozing out of the wound.

With more robust clinical studies and better ways to deliver honey for treatment, Carter, Fuentes Pérez and Sell all agree that honey should enter mainstream medicine as an antibacterial option in the future. And perhaps using a natural product as an antibiotic shouldn’t seem so strange.

“In reality, antibiotics are natural products, it’s just that we synthesize them now,” Carter says. Early antibiotics, after all, were made from naturally occurring fungi and soil bacteria. But we recommend skipping the moldy bread approach.