There’s an upper limit to the temperatures we’re built to endure, and climate change will expose more and more people to it. 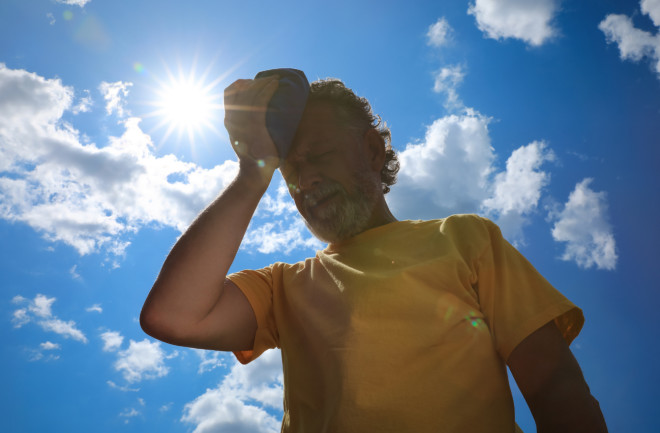 For thousands of years, Earth has been good to us. The planet has cooperated with our physiology (or, rather, natural selection has shaped our physiology to fit a wide variety of climates) and allowed us to survive just about anywhere we please. But its generosity is winding down. As we careen toward temperatures that neither we nor any of our ancestors have encountered, the question arises: How hot is too hot?

Already we’ve seen profound heatwaves and profound death counts to match. They’ve become twice as common in the past few decades, according to some estimates, and climate models predict the trend will only accelerate through the rest of the 21st century — especially if we fail to keep global warming to 1.5 degrees Celsius above pre-industrial levels, as the International Panel on Climate Change has urged.

So far, temperatures almost everywhere remain at a level that sturdy individuals can tolerate; so long as they avoid direct sun, drink adequate water and don’t overexert themselves. After all, thanks to several evolutionary tricks, humans are built to boil. Since shedding our fur, going bipedal and learning to sweat, we’ve been able to keep cool in most circumstances. But there is a limit, a point past which we are unable to cope with heat no matter what we do.

The human body can function properly only within a narrow range of internal temperatures (98.6 degrees Fahrenheit, give or take a few degrees). Outside that window, it begins to shut down. To regulate higher temperatures, our pores open and let out a mixture of water and salt that we call sweat. As the moisture evaporates, our bodily warmth is also transferred to the air.

Most of the time that’s sufficient to keep us cool, but extreme humidity hamstrings this mechanism: When the air is already saturated with water vapor, sweat can’t evaporate as easily. Instead, it simply coats the skin and stays there, seemingly mocking our efforts to dissipate heat.

The temperature you see in weather forecasts is known as dry-bulb temperature, which only measures heat. But scientists often think in terms of wet-bulb temperature, a combined measure of heat and humidity. As the name suggests, it's what a thermometer reads when wrapped in a wet cloth. Essentially, the wet-bulb temperature simulates a sweating human body, making it a better indicator of how well we can handle the air in question.

Sweating gets steadily harder as the wet-bulb temperature rises, but experts agree that 95 °F, or 35 °C, is the ceiling. Consider the air temperature of Phoenix, Ariz., combined with the humidity of Washington, D.C. At that point, sweat is useless. Within hours, death by overheating is certain — even for a healthy adult, sitting still and naked in the shade with plenty of water.

Because almost no one has experienced anything remotely close to this, Colin Raymond, who studies climate extremes at NASA’s Jet Propulsion Laboratory in Southern California, looks to analogy. “It’s like a steam room,” he says, noting that even spa-goers are advised not to stay in such rooms longer than 15 or 20 minutes. “I think that gives a sense of the oppressiveness of it.”

Living With the Heat

Today, wet-bulb temperatures of that severity are rare, hyperlocal events, “but they’re happening,” Raymond says. In a study published last year, he and his colleagues reported that weather stations in South Asia and the coastal Middle East had already recorded highs above the 95-degree threshold, albeit for only an hour or two.

Those waves are sure to strike with greater frequency, and longer duration, in the coming decades. They’ll likely expand into parts of Southeast Asia, West Africa, Central America, northern South America, and even the southeastern United States — locations that vary enormously in their socioeconomic status. “The suffering will not be shared equally,” Raymond observes.

Many people who will become exposed to lethal heat live in areas without reliable electricity, let alone air conditioning. Even affluent regions, accustomed to evading heatwaves in chilled indoor spaces, will be highly vulnerable during power outages. Plus, artificial cooling is no cure-all — AC units could even be counterproductive, in a way, by exacerbating the heat island effect and raising temperatures in urban areas. Additionally, some workers don’t have the luxury of staying comfortable inside.

As for our physiological AC, don’t expect any improvements. Sweat-based cooling is the product of millions of years of evolution and natural selection doesn’t act on timescales as short as the one we face. People can acclimatize to heat, to some extent, and with routine exposure may begin to sweat more efficiently. But, Raymond notes, “as you approach 35 [°C], it doesn’t matter how efficient you are.”

He’s hopeful that innovators will offer unforeseen solutions — perhaps building more underground constructions, where the brutal sun doesn’t penetrate, or manufacturing air-conditioned clothing. “The bigger the problem becomes,” he says, “the more minds and money will try to address it in a sustainable way.”

Whatever our answer to extreme heat ends up being, it will need to account for the fundamental and unchangeable facts of our physiology (a tall order). “It’s difficult to see any way you could escape from that physical truth,” Raymond says. Or maybe we’ll simply retreat to more hospitable locales. One way or another, after millennia of roaming mostly uninhibited upon the Earth, humans may finally have met their match.