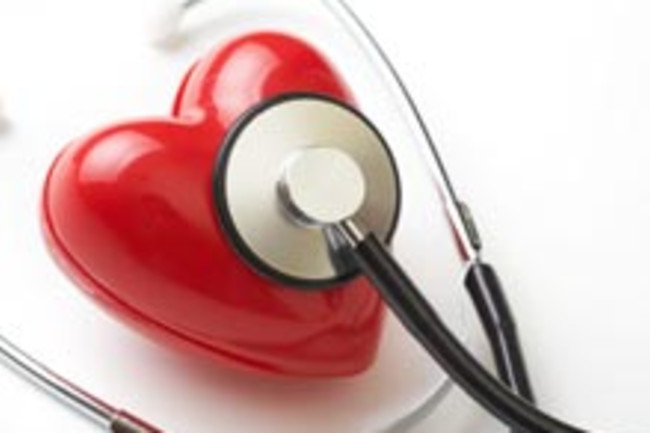 The hearts of African-American adults are apparently under extraordinary stress. A broad, long-term study has found that African-Americans are developing heart failure at a rate 20 times higher than whites, and some are dying of the disease decades before the condition typically proves fatal in whites.

“Blacks in our study who were in their 30s and 40s had the same rate of heart failure as whites in their 50s and 60s,” said [lead researcher] Kirsten Bibbins-Domingo.... “These are people who are in the prime of their life and should be contributing in all kinds of ways,” Dr. Bibbins-Domingo added, “so this disease has a devastating effect, not just on the individual patient but on the family, the community and society in general” [The New York Times].

Researchers say the findings show that narrowly focused research in the past has left striking gaps in our understanding of heart disease, which is the top cause of death for Americans. Says Bibbins-Domingo:

"We usually thought of heart failure as a disease of older people, but that's based on studies by mostly white participants." ... Researchers and cardiology specialists called the findings alarming and a call to action. The scientific community should step up its research on the risk factors and design clinical trials to study specialized treatment for black patients, they said [Baltimore Sun].

They also urge young African-Americans to take the threat seriously, and hedge against it with a healthy diet and exercise. The study examined rates of heart failure over a 20-year period, using more than 5,000 subjects who were 18 to 30 years old at enrollment in the mid-1980s. By the end of the study, 27 participants had developed heart failure, all but one of them black. The researchers estimate that heart failure strikes one in 100 African-Americans under age 50. The researchers also tracked the test subjects' blood pressure, weight, cholesterol, blood sugar, and kidney function.

The findings show that heart failure was predicted by "the presence of hypertension, obesity, chronic kidney disease ... 10 to 15 years earlier" [Reuters]

, researchers write in the study, published in the New England Journal of Medicine. Heart failure is a chronic condition in which the heart can't pump out enough blood to meet the body's needs. Researchers stress that it can often be prevented with a healthy lifestyle and medical attention to treat risk factors like high blood pressure. Clyde Yancy, president-elect of the American Heart Association, notes that the study found that at

the beginning of the study, 75% of black participants with hypertension were not taking medication for their condition; 10 years later, 57% still remained untreated.... "The number of individuals with controlled blood pressure is embarrassingly low," says Yancy. "That indicates a problem not only of understanding the biology of blood pressure, and why it occurs more frequently in young African Americans, but also why we aren't intervening more aggressively and effectively to treat it. Does it represent some form of bias? Of stereotyping? Or lack of access to care?" [Time].