A remarkable scheme to alter the pest’s DNA could change the disease-carrying species for the better — or wipe them off the Earth. 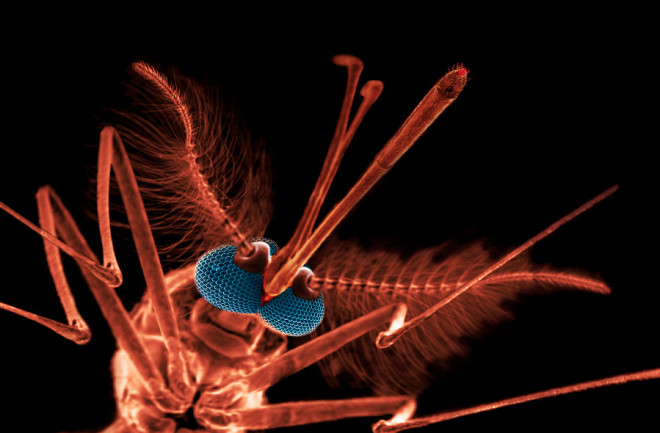 Mosquitoes have pestered mankind for as long as we’ve had the wits to swat them. A mere annoyance in the temperate zones, mosquitoes in the tropics carry serious diseases, such as malaria and dengue fever. The former causes more than half a million deaths each year, mostly among children under 5, and the parasite responsible for malaria keeps growing more resistant to drugs. Meanwhile, the World Health Organization considers dengue fever the most important viral-borne disease in the world, with cases since World War II increasing thirtyfold — up to 50 million annual infections.

If you block the mosquitoes, the diseases’ vectors, you block their microbial payloads, but that’s easier said than done. Since DDT was taken off the market, mosquitoes in Africa, Asia and Latin America have evolved resistance to today’s less toxic chemical sprays. Biological methods, which pit other organisms (ranging from fungi to fish) against mosquitoes, have seen only partial success.

Their options dwindling, researchers have turned to genetic engineering as the last resort and new frontier of mosquito control. The ambitious goal here is to alter the mosquito’s DNA: to insert a change on the chromosomes of not just laboratory captives, but of an entire species.

There are two basic approaches. The more radical of the two, known somewhat euphemistically as population suppression, would insert a biochemical self-destruct mechanism into the insects’ DNA, a time bomb to wipe out the whole species. Under the milder scenario, called population replacement, genetically modified mosquitoes would gradually displace the wild ones. For example, in experiments, scientists have transplanted genes to make the Anopheles mosquito resistant to the Plasmodium parasite that causes malaria.

For the dozens of labs at work on the problem, coming up with useful genes, known as transgenes, is not the hard part — it’s how to transfer enough copies of the transgenes into free-ranging populations. But if the mosquito has an Achilles’ heel, it is the mating instinct of the males, which fly like guided missiles to any females in the area.

So the research strategy is to send males fitted with a DNA warhead to breed with females. Let go by the millions, the altered males outnumber and outbreed their wild counterparts, and a large fraction of the following generation of mosquitoes inherits the transgene. Ideally, the process fuels itself, as one generation passes the gene to another until all are infected. “Once modified mosquitoes are introduced,” says Nikolai Windbichler, a biologist at Imperial College in London, “essentially the mosquitoes carry out the work for us.”

That’s how it goes in theory. So far, only one biotech company, the British firm called Oxitec, has conducted trials of modified mosquitoes in the field. Oxitec’s target is Aedes aegypti, originally an inconsequential mosquito species in the forests of North Africa but now a worldwide carrier of dengue fever.

Manipulating male mosquitoes raised from eggs, Oxitec injects a gene that makes a lethal protein in the bugs’ bodies. The transgenic males don’t die because the gene is inactivated by tetracycline (a common antibiotic), which is part of their diet in the lab. Once released, the modified males round up most of the local females. The offspring of these matings express the lethal protein in their cells, and they die well before maturity because there’s no tetracycline antidote in their environment.

Field trials of this method in the Cayman Islands (2009-10), Panama (2014) and Brazil (ongoing) showed good results, the company says. For several months, the process knocked back local populations of mosquitoes by 80 percent or more. The next Oxitec release may soon take place in the Florida Keys if U.S. environmental agencies approve. The area has seen a recent smattering of dengue fever.

A drawback of this method is that mosquitoes must be released repeatedly because the lethal genetic effect persists only for one generation. On the other hand, that can also serve as a brake if something goes wrong.

Windbichler’s group at Imperial College has come up with a longer-lasting system called the X-shredder, referring to the mosquito’s X chromo- some. The subjects of the experiments are Anopheles mosquitoes, which transmit malaria.

Again, the males are altered, this time with a transgene for an enzyme that cuts up DNA. In mosquitoes, as in humans, the sex-determining chromosomes are X and Y. When a male mosquito produces sperm, just one of these two chromosomes is copied. If a sperm cell contains an X, the X-shredder enzyme slices it up, in effect aborting the cell, while sperm cells containing the Y chromosome can proceed to fertilization. Because female mosquitoes always produce an egg with an X chromosome, the mosquitoes that survive are all XY — only males.

Windbichler’s technology, if scaled up, could establish the X-shredder gene in half the males of a given population. As they mated with a shrinking supply of females, the X-shredder males would push the population lower until there are no female mates left. Windbichler says it will be some time before he can test the mosquitoes in the field, though. “We have to make sure that all aspects of safety and ethical considerations have been addressed,” he says.

Scientists have learned that genetic tinkering exacts a cost on an organism, as if the weight of the inserted transgene drags it down. A modified mosquito is less fit than its natural counterpart. This can be overcome temporarily with raw numbers, but all things being equal, natural selection will eventually scrub the gene from the population. However, all things are not equal in the world of biotechnology.

A new tool, CRISPR-Cas9, is revolutionizing the field by allowing researchers to edit the genomes of just about any species, and to outfox natural selection in the process. The tool harnesses a DNA-cutting enzyme, Cas9, from the same family of enzymes as the X-shredder. Guided by specially tailored RNA molecules, the gene for the enzyme can be inserted anywhere on the chromosomes, and it delivers an attached transgene to the site, like a locomotive pulling a freight car.

Inserting a CRISPR-Cas9 complex — made up of the cutting gene, the RNA guide and the transgene — on a mosquito chromosome immediately snips out a place on the complementary chromosome. (All chromosomes come in pairs.) Then the complex copies itself.

Thus, the mosquito gets a double dose, ensuring it will pass along the transgene since both chromosomes have been altered. And when it reproduces, not only does the offspring reliably receive a copy of the transgene, but that inherited copy immediately makes a copy of itself, too. So unlike Windbichler’s shredder, which reaches only half the males in a mosquito population, CRISPR-Cas9 drives its transgene through the entire horde, thanks to internal duplication. Hence the term gene drive for this prospective new weapon in pest control.

Kevin Esvelt, a specialist in molecular evolution at Harvard, helped develop the principles of CRISPR-Cas gene drives. In 2014, he and his colleagues published warnings to biologists to be careful with the technology. “It’s not the sort of thing that should be worked on in obscurity,” he says. “The public has the right to know what we are attempting to do with this technology.” Esvelt believes that immunizing mosquitoes against the malaria parasite, a positive application of CRISPR-Cas9, is a better place to start than eradicating a species with a lethal gene drive.

Whatever the plan, the public must give consent. “People are honestly concerned about altering wild populations, and that’s because they are part of the shared environmental commons,” says Esvelt. “You need to look at, ‘Do they still pollinate the flowers that they’re supposed to pollinate?’ You need to run all these things by the ecologists and make sure it doesn’t look like it’s going to do anything bad.”

Simon Warner, Oxitec’s chief scientist, compares a gene drive to a genie in a bottle. “Once it’s out of the bottle, it’s gone,” he says. But even then, Esvelt argues, a solution exists: just launch a second gene drive. “We can build another drive to reverse the genomic effects of an earlier one. If a gene drive causes a problem, then we can release a reversal drive that targets the genomic changes made by the first drive and undoes them. And that is a key, key safety measure.”

It’s a good bet that releasing one gene to neutralize another would not be a wildly popular plan. By contrast, “Oxitec’s technology is self-limiting,” says Warner. “The modified mosquitoes don’t survive — they don’t persist in the environment. They go away pretty fast.”

Having gained the approval of regulators in several countries, Oxitec’s technology is out in front of the other approaches. Its strategy seeks to suppress mosquito populations selectively, in and around urban areas, and so reduce disease where people live. If that doesn’t work — watch out, mosquitoes. Lethal gene drives are revving their engines.

[This article originally appeared in print as "Mosquito, Modified."]