Fruit Fly Brains Stay Alive in a Dish, Teach us About Nerve Damage 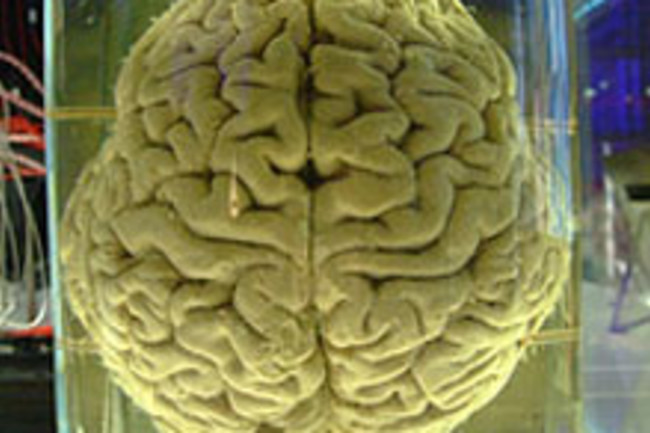 We normally encounter disembodied brains (if at all) in campy pop culture and bad science fiction. Belgian scientists, however, have managed to keep the brains of fruit flies alive in a culture, without the rest of the fly. This feat of microsurgery allowed the scientists to watch a still-living brain, and collect data that they say could someday benefit victims of brain or spinal cord injuries. So how do you extract a brain without killing it? The researchers first anesthetized female fruit flies and put them on ice, keeping them alive but unable to move. Then they treated the brains with a chemical called Schneider's Drosophila Medium. It may sound like a 19th century health tonic, but it's actually a solution researchers use to preserve fruit fly specimens. Once that was done, it was time for hasty brain surgery: The scientists had to cut the brains out of the flies and transfer them to a petri dish, all within three minutes for each fly. A thin film of the chemical solution stayed on the brain, and the scientists had to refresh it every other day. The disembodied bits of brain lasted without much disintegration for as long as eight days, allowing the scientists to examine what they were really after—axons. These nerve fibers carry electrical impulses away from neurons, but they almost never regenerate when damaged, which is the key factor in paralysis. Now that the Belgian researchers have figured out how to culture fly brains, in the future they can inflict nerve damage and study the brain's response, and then experiment with chemicals that might encourage axon regeneration. Fruit flies have long been a favorite tinker toy of scientists, and for good reasons—their lives are short, they're easy to grow, and under the right conditions, their tiny brains don't even need their bodies. With any luck, however, evil fly brains won't try to take over the universe.