For Fruit Flies, Turning Off a Gene Means Turning On the Same-Sex Love 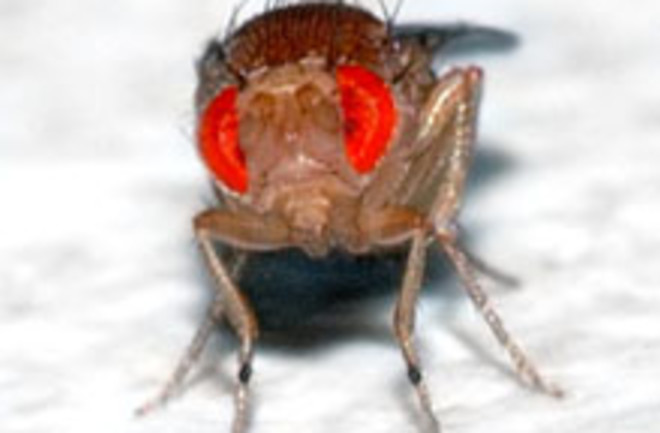 Forget looking for a "gay gene": fruit flies, the favorite insects of geneticists for a century, need a particular gene to keep the males straight. A team of scientists led by Manyuan Long at the University of Chicago call it the sphinx gene, and it is present only in fruit flies. Long's grad student Wen Wang identified the gene back in 2002, and now two other former students, Hongzheng Dai and Ying Chen, have discovered its purpose. When Dai and Chen turned off the gene, the males looked and acted ordinary, at least until they were placed in each other's company. When that happened, the genetically engineered flies spent 10 times more time pursuing other males than normal fruit flies. Long says that the gene evolved about two million years ago to prevent male flies from inhibiting mating by spending too much time with each other. Dai and Chen's study is the latest in a series of experiments at different universities fiddling with fly sexual orientation. And the same-sex courtship that the fruit flies displayed was no quickie, either—the flies progressed through the full elaborate ritual they would normally use to woo a female, except they cut it short before copulation. Ultimately, though, the genetically engineered flies grew frustrated with their failed attempts to get it on, and returned to the females. The sphinx gene is dormant in female fruit flies; as such, they're only affected by lack of male attention.