When it comes to the nutritional value of your produce, time is the enemy — freezing and and canning can help stop it. 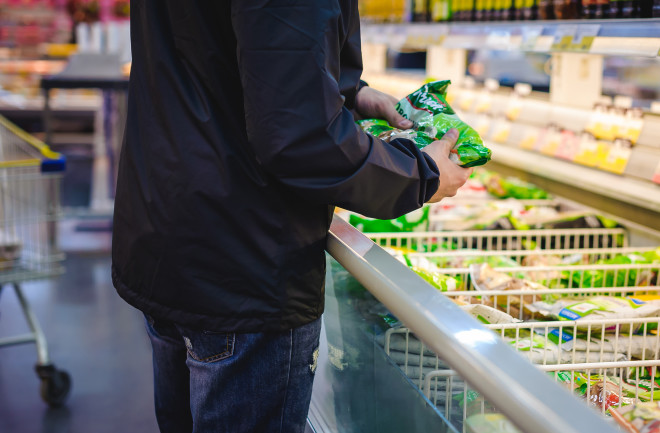 Whether or not you know it, you might have an unconscious bias towards fresh fruits and vegetables — an assumption baked in that they are better for you than canned or frozen options. “There’s a lot of public interest in fresh,” says Steve Miller, an economist at Michigan State University. “Whether that is based on sound reasoning, the demand is real regardless.”

Study after study shows, however, that fresh isn’t always better. When it comes to frozen and canned fruits and vegetables, the extra treatments can keep the plants in good nutritional shape compared to what might happen when fresh versions sit in your fridge.

As soon as its plucked, a vegetable or fruit starts losing its nutritional content. Being connected to a larger plant allows produce to keep drawing in new resources — once cut off, the fresh pickings turn stored fuel into energy. Moisture drains away, the food goes limp, and microorganisms like fungi degrade the plant further.

Eating ripe fruits and vegetables as soon as they’re picked delivers the highest dose of nutrients possible. But “fresh” fruits and vegetables in stores could have been plucked days ago (or longer). A few fruits have benefitted from interventions that delay peak ripeness: U.S.-grown apples sit in specialized chambers that control oxygen, carbon dioxide and temperature to allow the fruit to keep its crunch and flavor for months. But for most other produce, items available in a given area outside local growing seasons come from other states or nations.

Freezing and canning bring degradation enzymes to a crawl. Each protocol comes with sacrifices of their own, however. Water expands as it freezes and the resulting ice crystals break cell walls. Using extreme cold to freeze produce fast can make those ice crystals comparatively small so that there’s less pressure, but even then, thawed berries and the like are mushier than their fresh counterparts. Produce also gets heated while canned and may need steam or a quick boil in order for it to freeze correctly, like with spinach. But cooking can degrade temperature-sensitive nutrients or leach them out of the produce as the water drains away. Canning sometimes also involves sugar syrups or sodium, two ingredients people might have too much of in their diets anyways.

The situation changes when fresh produce sits around too long. In a 2007 study on broccoli and green beans, both had higher vitamin C levels when they had been frozen at -4 degrees Fahrenheit for a year than they did when sitting fresh at 39 degrees for four days. Additionally, cooking fresh vegetables can lower vitamin C concentrations to levels comparable with canned or frozen-then-cooked options.

Sometimes, nutrients fluctuate in similar patterns to vitamin C. Riboflavin, a kind of vitamin B, is sensitive to light and heat, though research indicates fresh and frozen versions of produce like carrots, broccoli and blueberries might hold comparable levels. Other nutrients are enhanced by the changes vitamin C can’t tolerate. Lycopene, the molecule that acts like an antioxidant and gives tomatoes and other fruits a red color, becomes easier for the body to access and use when the produce is cooked.

Also, a change in nutrient content for a given form of a vegetable doesn’t necessarily mean it will drastically affect what you ought to be eating that day. As Christine Bruhn, a former food science researcher at the University of California, Davis, put it in a 2007 review of nutrient preservation research, “carrots lose significant amounts of vitamin C during canning, but they are not good sources of this nutrient to begin with. Similarly, other products such as pineapple contain high enough levels of vitamin C that they remain good sources of the nutrient despite degradation during thermal processing.”

This is all to say that the nutritional ins and outs of which, say, pineapple you buy — fresh, frozen or canned — all depends on the versions you have access to. Rather than focusing on which option carries the most vitamins, prioritize eating enough, regardless of the form. “I'm consistent as are dietitians — we’d rather you eat them in any form because we eat so little,” Ferruzzi says. Federal guidelines recommend that adults eat one and a half to two cups of fruit and two to three cups of vegetables a day. According to a 2015 survey, only about 10 percent of people consume those levels.

Ideally, canned and frozen vegetables can help make higher consumption levels possible by addressing whatever it is that holds people back, like taste preferences, budgets, access and time spent cooking. For one, they're often the cheaper option at the grocery store. In a 2014 price comparison, all but one of the eight vegetables economist Miller and his colleague compared were cheaper per edible cup when canned versus fresh, while four were also cheaper frozen. Of the 10 fruits compared, six were cheapest as canned or frozen versions. That some frozen produce was more expensive didn’t surprise Miller. Paying for access to produce in the off season can come with a premium, he says.

But both canned and frozen allow people to go further between grocery store visits while still buying enough produce to last the whole time. Ferruzzi’s own family likes the convenience of steamable frozen vegetable bags, which cut down on preparation time. “Plain old fruits and vegetables that are frozen, canned or otherwise are fruits and vegetables for real,” he says.