For the Lazy Farmer: A Self-Shearing Sheep 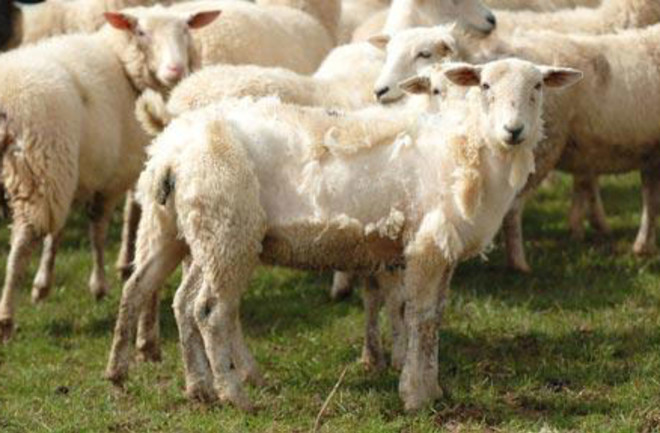 Shaggy dogs do it, snakes do it, and now a new breed of sheep will do it--molt, that is. A British breeder has created the country's first self-shearing sheep, which will shed its wool once the weather gets warmer, thus saving farmers the time and bother of shearing. The new sheep is called "Exlana," which is Latin for "used to have wool." It was created by crossing exotic breeds like the Barbados Blackbelly and the St. Croix. The result was a sheep with a thin wool coat that it sheds in the spring. Breeders say it produces substantially less wool than the typical British sheep, making the process quicker: While a normal sheep produces almost 20 pounds of wool, the Exlana yields just one pound. You might think that farmers would be opposed to a sheep that yields less wool, but the breeder behind the Exlana says the sheep will be a great boon for the many British farmers who now raise sheep only for their meat. Breeder Peter Baber told The Telegraph:

"We used to have normal, woolly sheep at the farm and had to spend hours shearing them in the spring. But the value of wool has reduced so much recently that it's no longer economically viable to produce. Shearing has just became a necessity and, quite frankly, a nuisance."

, resembles felt, and drops off in pieces over the course of a few days. Baber says that the wool falls in the fields, where it composts easily or is carried away by birds.

"I imagine that the birds on our farms must have the cosiest nests in Britain."

DISCOVER: What Is This? A Dirty Sheep?