Long and Curly, or Wiry With a Mustache: Three Genes Determine Dog's Fur 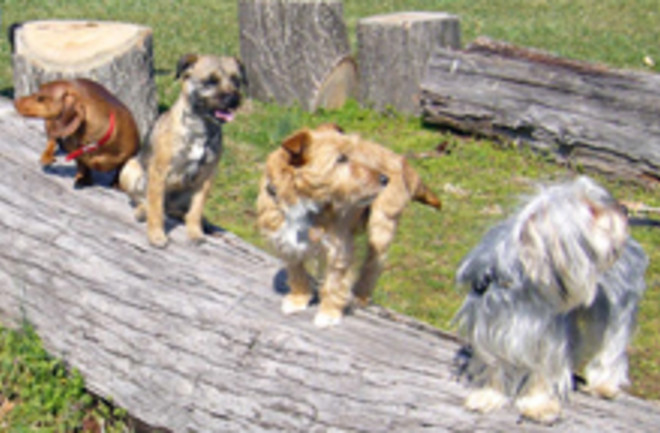 The remarkable diversity among dogs' coats--from the shaggy fur of a sheepdog to the sleek coat of a beagle, and everything in between--comes down to a mere three genes, according to a new report published in Science. The broad genetic study determined that one gene controls hair length and softness, another determines whether the hair is straight or curly, and a third

controls the pattern in which hair grows, so that dogs with a particular version have wiry hair and moustaches and long facial details known to breeders as “furnishings”.... The combinations in which these genes are inherited then determine a dog’s overall look [The Times].

To reach these conclusions, the researchers

first looked at the genetic differences within single breeds that have more than one coat type. Purebred dogs are particularly suited for this kind of study, Dr. Ostrander said, because they have been selectively bred to segregate traits — there are long- and short-haired dachshunds, for example [The New York Times].

By analyzing the genomes of two dachshunds with different types of coats, the researchers were able to determine which gene was linked to the variation in hair length. Similar studies revealed the other two genes. The researchers then conducted a broad genetic survey of more than 650 dogs representing 108 breeds, and found that the presence or absence of mutations on the three genes,

in various combinations, accounted for the variation in coat in 95 percent of the breeds. Only a few breeds, including Afghan hounds, have coats that can’t be explained by these genes [The New York Times].

Besides satisfying the natural curiosity of dog-lovers about how their favorite dog breed got its distinctive look, the study may be useful for medical research. Says lead researcher Elaine Ostrander:

“What’s important for human health is the way we found the genes involved in dog coats and figured out how they work together, rather than the genes themselves.... We think this approach will help pinpoint multiple genes involved in complex human conditions such as cancer, heart disease, diabetes and obesity" [The Times].