As the fully vaccinated feel a welcome sense of relief, the immunocompromised question how to stay safe. 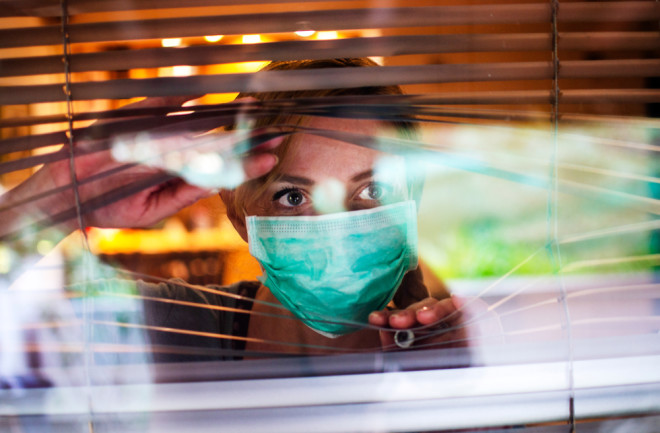 If you listen carefully, you might hear a sigh of relief spreading across the country. Being fully vaccinated means eating at restaurants, hugging the grandkids, picking up your own groceries. At last, we can see normal life coming into view.

But the news is not so good for everyone, and that means things are not quite so simple for the rest of us.

The coronavirus vaccines have been astonishingly effective—for most people. But for those with certain conditions, those vaccines offer less—possibly much less—protection.

These conditions include cancers of the blood, bone marrow, or lymph nodes, congenital immune deficiencies, and infection with HIV. People on drugs that suppress the immune system also are likely to have a blunted response to the vaccine. This includes those with autoimmune illnesses, such as rheumatoid arthritis and lupus, as well as people who have had organ transplants.

The immune system includes several types of cells that have evolved to keep infections at bay. One of these types of cells is T lymphocytes, some of which are called killer T cells. The purpose of killer T cells is to scan other cells in the body for abnormal proteins, explains Otto Yang, a specialist in T cell immunology at UCLA Medical Center. “These killer T-cells,” he says, “physically destroy any cell that has abnormal proteins inside it.” (Killer T cells have been called the “Special Ops” of the immune system. It’s difficult to avoid military metaphors when talking about the immune system.)

This is great when you’re putting the kibosh on a bout of flu and awesome when it’s COVID-19 you’re trying to prevent. But like real special ops teams, there are times when you don’t want them around.

Take, for example, people who have had an organ transplant. The immune system with its killer T cells will see those cells from another person—the transplanted organ tissue—as an abnormal protein, and try to kill them. So in order to prevent rejection of the new organ, transplant patients are given medications that dampen this part of the immune system.

The tricky part is that the medicines that blunt the immune response aren’t specific. “The medications used for rejection also prevent or reduce the ability of the cells to respond to viruses,” Yang says. “You're suppressing all the T cells, not just the ones that would be causing the rejection.” The point of these drugs—as well as drugs taken by people with autoimmune illnesses, such as rheumatoid arthritis and lupus—is to get the immune system to not be so reactive, to tone down the special ops. The upshot? The coronavirus vaccines do not work as well on these people as they do on the rest of us.

In the case of people with HIV infections, cancers of the blood cells that generate immune cells, and those with congenital immunodeficiency, the specials ops the vaccines would otherwise recruit to fight off COVID-19 are already in short supply.

Because the new vaccines weren’t tested on people with these conditions, we don’t yet know how blunted the response is, but it likely varies from person to person. “Generally, the more intense the immunosuppression, the more we worry about a blunted vaccine response,” says Kevin Byram, Assistant Professor of Medicine in the Division of Rheumatology and Immunology at the Vanderbilt University Medical Center.

Hang on to Those Masks

People in this boat naturally want to know what they can do. The answer is: not much. Eventually, says Ghady Haidar, transplant and infectious disease specialist at the University of Pittsburgh Department of Medicine, we will likely have some interventions, perhaps a higher dose of vaccine or even a monoclonal antibody to prevent COVID-19. But there’s nothing being studied right now.

Meanwhile, people who are immunocompromised should get the vaccines that are currently available. Though we don’t yet know how effective these might be, they are considered safe in this population. “I tell my patients is that there very well might be some sort of blunted response to [the vaccine], but that's not a reason not to get it, because some immunity is better than no immunity,” says Byram. “There are two ways to get immunity to this virus. One is to actually have the virus, and one is to get vaccinated. I think the latter is clearly safer.”

Still, the immunocompromised need to be very careful. And that means the rest of us do, too. Yang points out that we know that the vaccine is extremely effective at preventing serious illness. We don’t know for sure, though, if it prevents asymptomatic infection. A fully vaccinated person, with little to no chance of becoming seriously ill with COVID-19, could potentially still pass the virus on to someone who doesn’t have that protection.

That’s a reason for all of us to wear masks and keep our distance when we’re around people whose immune status we’re not sure of. For a lot of people, it’s still very dangerous out there.