Foiled From Within: Gut Bacteria Can Decrease Drug Effectiveness 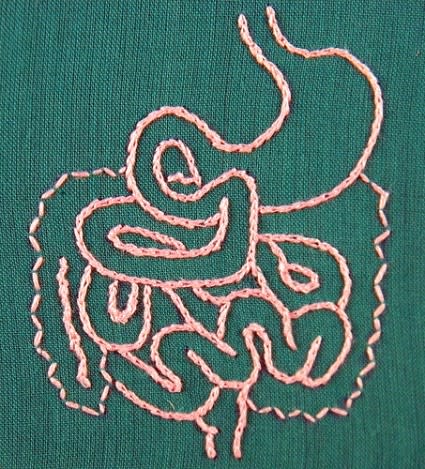 Statins are widely prescribed to reduce levels of LDL, the "bad cholesterol," a vital goal in stemming and preventing cardiovascular disease. But they don't work for everybody, often for inexplicable reasons. Researchers now think some of the blame rests with gut bacteria, that influential yet mysterious group that occupies our bowels and outnumbers our cells 10 to one. In a study published this month in PLoS One, researchers took blood samples from 944 study participants prior to and after six weeks of treatment with a statin called simvastatin. They measured the levels of various bile acids, many of which are produced by gut bacteria and help metabolize fat by acting like detergents, allowing cholesterol to be dissolved and transported in the blood. The researchers found that people whose LDL levels dropped the most had significant quantities of three bile acids produced by a particular type of gut bacteria. Those who responded least to the statins had significantly higher levels of five different bile acids from different gut flora. The researchers hypothesize that bile acids present in the non-responders compete with simvastatin for transporters that ferry both chemicals to the liver, where the drug has its effect. Research in recent years has shown that gut bacteria affect us in diverse and powerful ways we previously didn’t appreciate—they can collaborate with viruses, making us sick; alter the sexual preferences of fruit flies; and guide the development of the brain; and so on—but this study is the first to show that they can play such a prominent role in altering drug activity in humans. Scientists say that, in the near future, testing for bile acids and other gut bacteria metabolites could help determine what treatments will work best for patients with high cholesterol. Gut bugs may well affect the function of other drugs; a 2009 study suggested, for example, that they have an impact on the metabolism of Tylenol. Reference: Rima Kaddurah-Daouk, Rebecca A. Baillie, Hongjie Zhu, Zhao-Bang Zeng, Michelle M. Wiest, Uyen Thao Nguyen, Katie Wojnoonski, Steven M. Watkins, Miles Trupp, Ronald M. Krauss. Enteric Microbiome Metabolites Correlate with Response to Simvastatin Treatment. PLoS ONE, 2011; 6 (10): e25482 DOI: 10.1371/journal.pone.0025482