Flashback Friday: Did Gollum have schizophrenia or multiple personality disorder? 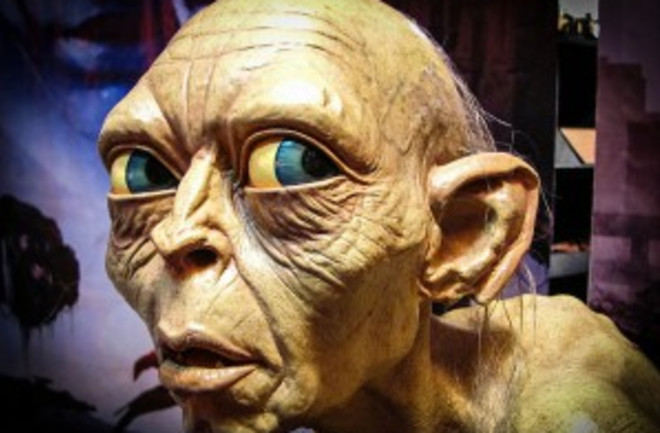 To round out our week of BMJ Christmas Issue articles, here's a classic from 2004 in which a group of medical students attempt to diagnose Gollum's issues. After reasoning through a number of possible diagnoses, ranging from vitamin deficiency (also discussed elsewhere in the literature) to hyperthyroidism, they conclude that Gollum likely suffered from schizoid personality disorder. Good thing we finally straightened that out.

A precious case from Middle Earth. “Sméagol (Gollum) is a single, 587 year old, hobbit-like male of no fixed abode. He has presented with antisocial behaviour, increasing aggression, and preoccupation with the “one ring.”… …His forensic history consists of Deagol’s murder and the attempted murder of Samwise Gamgee. He has no history of substance misuse, although like many young hobbits he smoked “pipe weed” in adolescence. Sméagol has forgotten many memories of his childhood, and we have limited collateral history on his premorbid personality. Before obtaining the ring he was an inquisitive child with odd interests, who enjoyed causing mischief and solitary activities such as burrowing under trees to look at roots. He dislikes himself, stale raw fish, and “hobbitses.” Several differential diagnoses need to be considered, and we should exclude organic causes for his symptoms. A space occupying lesion such as a brain tumour is unlikely as his symptoms are long standing. Gollum’s diet is extremely limited, consisting only of raw fish. Vitamin B-12 deficiency may cause irritability, delusions, and paranoia. His reduced appetite and loss of hair and weight may be associated with iron deficiency anaemia. He is hypervigilant and does not seem to need much sleep. This, accompanied by his bulging eyes and weight loss, suggests hyperthyroidism. Gollum’s dislike of sunlight may be due to the photosensitivity of porphyria. Attacks may be induced by starvation and accompanied by paranoid psychosis. An internet search found over 1300 sites discussing the nature of Gollum’s “mental illness.” We asked 30 randomly selected medical students if they thought Gollum had a mental illness. Schizophrenia was the most common diagnosis (25 students), followed by multiple personality disorder (three). On initial consideration schizophrenia seems a reasonable diagnosis. However, in the context of the culture at the time it is unlikely. Delusions are false, unshakeable beliefs, not in keeping with the patient’s culture. In Middle Earth, the power of the ring is a reality. The passivity phenomena Gollum experiences are caused by the ring, and these symptoms occur in all ring bearers. Gollum does not fulfil the ICD-10 criteria for the diagnosis of schizophrenia… …Gollum displays pervasive maladaptive behaviour that has been present since childhood with a persistent disease course. His odd interests and spiteful behaviour have led to difficulty in forming friendships and have caused distress to others. He fulfils seven of the nine criteria for schizoid personality disorder (ICD F60.1), and, if we must label Gollum’s problems, we believe that this is the most likely diagnosis.” Related content: Did Sauron lose because he didn’t give his orcs vitamins?NCBI ROFL: A long time ago in a galaxy far, far away, Jar Jar Binks had a fungal infection.NCBI ROFL: I scream! You scream! We all scream…from ice-cream headaches.