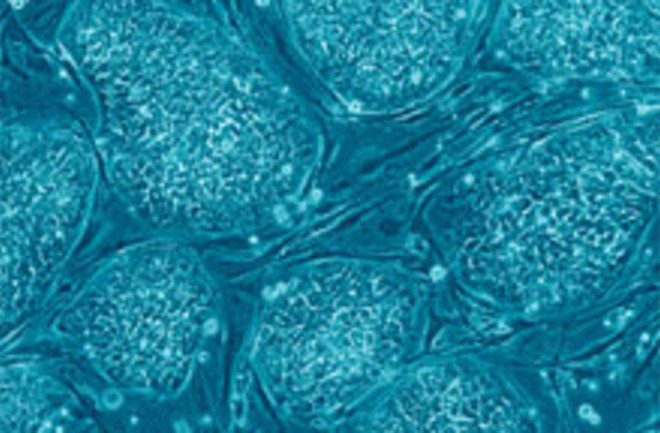 Yes, it's a milestone. The first federally approved trial of an embryonic stem cell therapy has begun, and the first patient with a spinal cord injury has been injected with a treatment made from embryonic stem cells. But if all goes well with the trial, conducted by the biotech company Geron, there won't be any dramatic results--the trial is simply intended to test the treatment's safety, and patients will receive very low doses of the stem cell concoction.

The patient, whose name was not disclosed, is enrolled at the Shepherd Center, a rehabilitation center in Atlanta; the company has said it plans to enroll 8 to 10 patients in the study at sites around the country. Even if all goes well in the early-stage study, the treatment faces many years of testing for effectiveness before it could be approved as a therapy for spinal injuries. [New York Times]

For the trial, which gained final approval

in August, Geron is working with a technique pioneered by the neurobiologist Hans Keirstead, who licensed the technology to Geron.

Keirstead's team managed first to turn human embryonic stem cells into oligodendrocytes, the cells that insulate nerve fibers with coatings of fattymyelin. Growing the "tubing" that protects nerve cells could in many cases be enough to allow signals to travel up and down the spine again, Keirstead said. That's because, in the vast majority of spinal cord injuries, the cord is not completely severed — rather, the myelin sheath that protects the nerve cells is damaged or destroyed. [Los Angeles Times]

In studies conducted on rats with injured spinal cords, the treatment restored some mobility in the rats' hind legs, giving them some ability to walk again. But even if Geron's trial passes the safety test with flying colors, no one can predict how much the treatment may help humans. A side note: Geron didn't receive any federal financing for this trial, so it won't be affected by the ongoing lawsuit