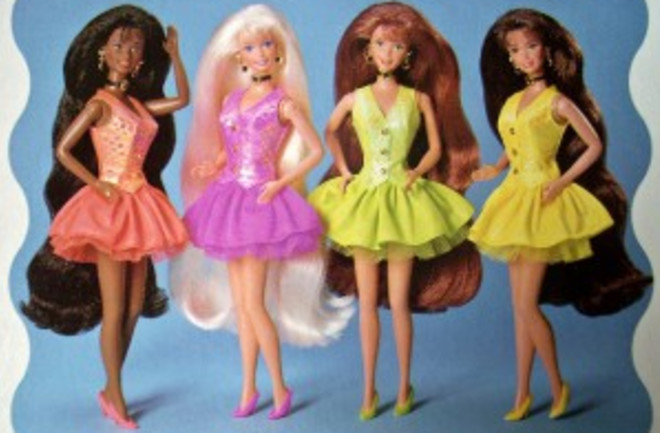 We've featured so many studies that reinforce stereotypes on this blog that we have a whole category full of them. So it was refreshing to find this study, which set out to test whether blondes are actually dumber than people with brown, red, or black hair. More specifically, the author crunched data from a large survey of young baby boomers, which conveniently included both hair color and IQ information for most respondents. He found that not only are blonde women not dumb--they're actually MORE likely to be geniuses than women with other hair colors. Perhaps "Legally Blonde" is actually a work of nonfiction?

Are Blondes Really Dumb? "Discrimination based on appearance has serious economic consequences. Women with blonde hair are often considered beautiful, but dumb, which is a potentially harmful stereotype since many employers seek intelligent workers. Using the NLSY79, a large nationally representative survey tracking young baby boomers, this research analyzes the IQ of white women and men according to hair color. Blonde women have a higher mean IQ than women with brown, red and black hair. Blondes are more likely classified as geniuses and less likely to have extremely low IQ than women with other hair colors, suggesting the dumb blonde stereotype is a myth." Related content: NCBI ROFL: Gentlemen prefer blonde hitchhikers.Study finds that men are less likely to help a woman with a ponytail.Flashback Friday: Clueless doctor sleeps through math class, reinvents calculus…and names it after herself.