Once an evolutionary benefit that helped keep our ancestors alive, cortisol, the hormone that triggers our fight-or-flight response, may now be doing more harm than good. 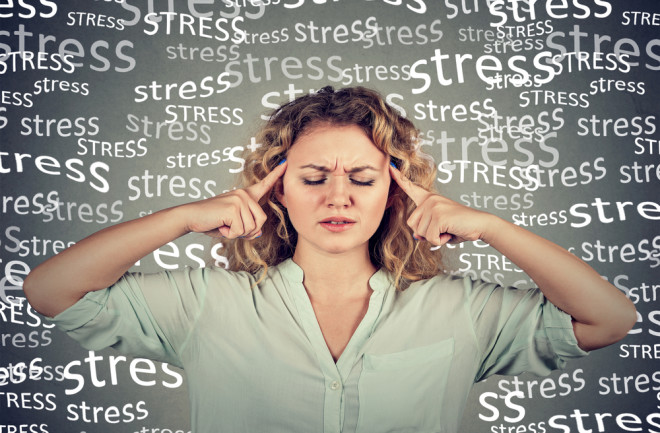 In a year marked by a pandemic, economic downturn, racial unrest, and an election that culminated with a mob storming the U.S. Capitol, we’ve come face to face with stressors we could never have imagined prior to 2020. The causes and health impacts of stress have been widely discussed as have a host of tools for tackling the mounting anxiety we feel in our daily lives. But cortisol, among the body’s most important steroid hormones, at the helm of our stress response, remains largely a mystery. Is our fight-or-flight response really tied to our prehistoric ancestors? Has our modern world evolved beyond the antiquated workings of our endocrine system? Here’s what we know.

Cortisol, along with epinephrine and norepinephrine, activate the body’s sympathetic nervous system, triggering a lineup of physiological responses that speed up respiration, constrict blood vessels, dilate pupils, and slow down the digestive system. It’s called a fight-or-flight response, and it allows muscles to react more powerfully and move faster, priming us to, well, fight or flee. Alan Goodman, a biological anthropologist at Hampshire College in Amherst, MA, studies stress in prehistoric humans. He agrees that cortisol and the entire acute stress response system is an evolutionary design.

Still, getting a window into the daily stress levels of prehistoric humans is difficult because we can’t look at their blood, he says, and cortisol doesn’t preserve well. Research published in the International Journal of Paleopathology, looked at cortisol accumulation in the hair of 2,000-year-old Peruvian mummies and found “repeated exposure to stress.” Another small pilot study of the same population found that hair samples suggest social, physiological, and environmental circumstances “strongly impacted stress levels.” But the research, says Goodman, has its shortcomings. The study authors can’t rule out chemical changes to the samples over time and we’re not sure how accumulation in the hair corresponds to that of the blood.

Goodman prefers to look at skeletal indicators of prehistoric stress because cortisol production can also impact bone and teeth metabolism. He studies ancient populations in the Illinois River Valley from around 1200 AD, during the transition from hunting and gathering to farming.

“Enamel on the teeth grows like an onion and you can tell from teeth’s layers the years when the body was stressed,” says Goodman.

His research shows a stress response likely brought on by the move from hunting and gathering to the building of civilizations and establishment of society.

“Life becomes more complicated because societal structures have a hierarchy,” he says.

With the haves and have-nots, the winners and losers, stress becomes more convoluted, no longer confined to immediate threats. Goodman notices this in the teeth as humans build societies under chieftains.

Although the enamel stops growing once permanent teeth develop, a growth stunt, known as enamel dysplasia, is frozen in time. Like the rings of a tree, you can see the years when life was stressful. This too, says Goodman, is an imperfect model because infection and malnutrition can also impact enamel production. But after spending his career studying these populations, Goodman suspects it’s likely a combination of all three. He says that it’s clear stress has been around since the dawn of time but today our response has become more prolonged and in some cases, maladaptive.

In ancient populations high cortisol levels meant good health, basically indicating that a human could still compete for survival, but in modern populations it can spell disaster. Sudha Seshadri, a professor of neurology and founder of the Glenn Biggs Institute for Alzheimer's & Neurodegenerative Diseases at the University of Texas Health Science Center in San Antonio, studies the link between neurodegenerative diseases and high cortisol levels. Cortisol levels, she says, should vary throughout the day, highest in the morning when we’re the most active and lowest late at night when we should be sleeping. If levels don’t vary or are overly elevated in the morning, cortisol production can start to impact other parts of the body.

“Chronic activation of fight or flight can cause problems in certain regions of the brain,” says Seshadri.

Her research published in the journal Neurology, has shown that those with higher morning cortisol levels are more likely to have problems with parts of the brain responsible for memory retention like the hypothalamus, which can be an early indicator of dementia and Alzheimer’s disease. Chronic high cortisol levels are also linked to high blood pressure, heart disease, anxiety, and depression.

“It’s a vicious cycle, the more you’re exposed to stress, the more likely you are to have an exaggerated response to it,” says Seshadri.

For parents, monitoring responses to stress can have lifelong implications for children. Studies also suggest that meditation seems to reduce cortisol levels, as does biofeedback, a technique that monitors heart rate, respiration, brain waves, muscle contractions, and perspiration and allows patients to respond to indicators in the moment, building awareness around and slowing their stress response. Additionally, exercise generates its own positive chemicals for counteracting cortisol like dopamine, norepinephrine, and serotonin.

Both Goodman and Seshadri agree that fight or flight is found in both modern and prehistoric populations. But it’s meant to help humans rapidly react to a physical threat and then laugh off their brush with death later, not stew all night over a perceived danger that never happens.

“The problem with humans is that we’re symbolic beings, constantly finding meaning in situations where there wasn’t any,” Goodman says.

Experts contend that cortisol still plays an important role in keeping us safe in our modern world. But the key is dampening your response once the threat has lifted, instead of constantly fearing the imagined sabertooth tiger lunging from around the corner.