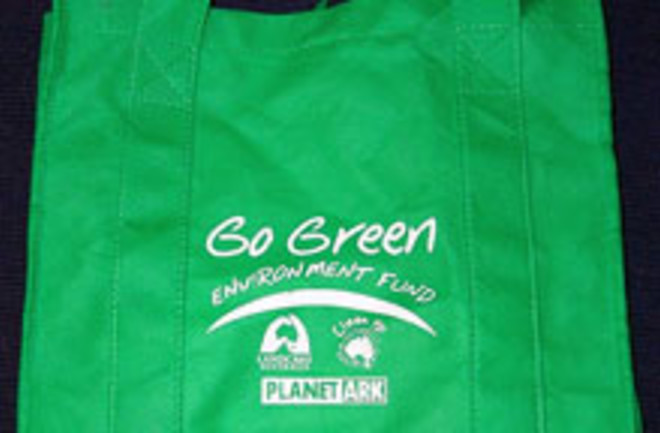 So at some point you decided to do the right thing for the environment, and plonked down a couple of dollars for a reusable grocery bag. Bet you felt pretty good about yourself, huh? Well, some researchers have now come along to rain on your virtue parade. According to a new report (pdf), that bag is probably crawling with bacteria. The researchers tested 84 bags, and found that all but one harbored bacterial colonies, and half contained coliform bacteria that suggest raw meat or uncooked food contamination. They also surveyed consumers about their use of these bags, and found that most people don't keep separate bags for meat, and that they're likely to tote clothes and all sorts of other things in these bags when they're not grocery store-bound. Both these practices could allow for bacterial colonization. But before you burn your reusable bags in a cleansing fire, consider this: The researchers also determined that either chucking a bag in the washing machine or rinsing it by hand reduced the bacterial counts to almost zero. And The Washington Post dispassionately chimes in on another very relevant note:

The study was funded by the American Chemistry Council amid debate over a California bill that would ban single-use plastic bags. The council is opposed to that measure.

Discoblog: Got Too Many Plastic Bags? Recycle Them Into Nanotubes

80beats: Will California Be the First State to Ban the Plastic Shopping Bag?

80beats: Did Your Morning Shower Spray You With Bacteria?