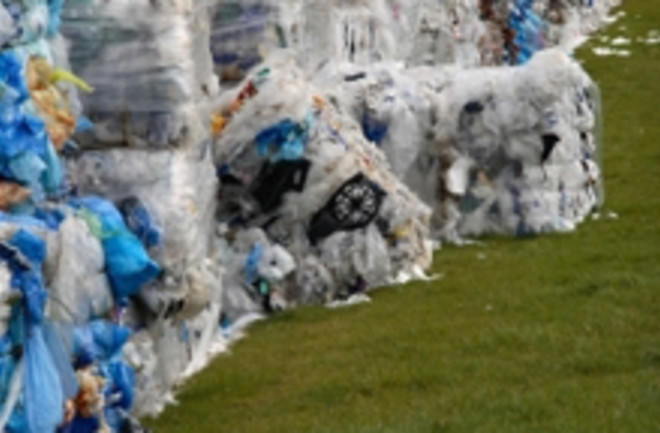 We've all heard the plastic bag horror stories—the billions of bags discarded every year that wind up polluting oceans, killing wildlife and getting dumped in landfills where they take up to 1,000 years to decompose. Researchers have been wracking their brains for years to figure out a solution. But leave it to a Canadian high school student to leave them all in the dust. Daniel Burd, an 11th grader at Waterloo Collegiate Institute, has discovered a way to make plastic bags degrade in as little as three months—a finding that won him first prize at the Canada-Wide Science Fair, a $20,000 scholarship, and a chance to revolutionize a major environmental issue.

Burd's strategy was simple: Since plastic does eventually degrade, it must be eaten by microorganisms. If those microorganisms, as well as the optimal conditions for their growth, could be identified, we could put them to work eating the plastic much faster than under normal conditions.

With this goal in mind, he ground plastic bags into a powder and concocted a solution of household chemicals, yeast and tap water to encourage microbe growth. Then he added the plastic powder and let the microbes work their magic for three months. Finally, he tested the resulting bacterial culture on plastic bags, exposing one plastic sample to dead bacteria as a control.

Sure enough, the plastic exposed to the live bacteria was 17 percent lighter than the control after six weeks. Once Burd examined the most effective strains of bacteria, he was able to isolate two types—Sphingomonas and Pseudomonas—as the plastic munchers. At 37 degrees and optimal bacterial concentration, the microbes had consumed 43 percent of a plastic sample within six weeks.

Next up, maybe it's time to put him to work on this whole carbon emissions thing.

Here's another tale of a blue ribbon project that could have great environmental benefits: Teen's Winning Science Fair Project Could Turn Tire Dumps Into Power Stations.