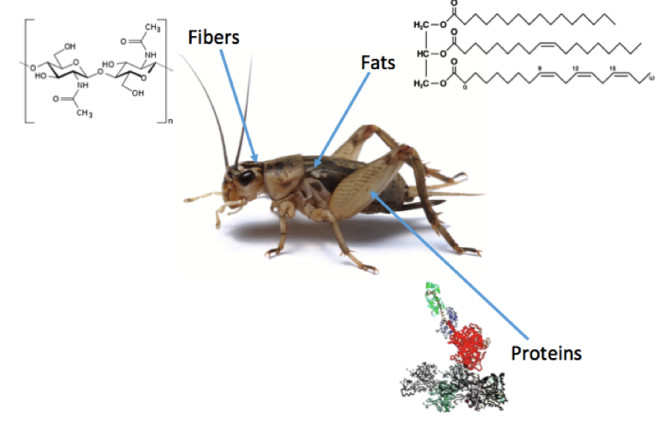 Fig. 1- Breakdown of the major macromolecules in a cricket. Photo Credit: Lee Cadesky (C-fu Foods) A classic bolognese sauce: tomato, ground beef….and insects? Brothers Lee and Eli Cadesky, the COO and CEO behind C-fu Foods and One Hop Kitchen, are revolutionizing what it means to be a Bolognese sauce with the invention of a textured insect protein or “TIP.” TIP, formerly called “C-fu,” started as a product development entry for the 2014/2015 Thought For Food (TFF) Challenge, an international university-level competition dedicated to solving issues of food security. While attending graduate school at Cornell University, Lee, along with peers Dan Caticha and Rachel Saputo, worked to fulfill an idea born at a restaurant in Seattle after he ate a bowl of Mexican-style chapulines, or roasted crickets with garlic, chile, and lime. “Protein transformations are really important to food scientists and can be influenced by a lot of different factors,” wrote Lee in a TFF Challenge blog post. “Proteins structure a lot of the foods we love. Hamburgers, fried eggs, surimi, cheese, tofu, noodles, and breads are all made by cleverly manipulating proteins to form a desirable structure. Proteins really are a magnificent sandbox for food formulators. Cheese and tofu are successful, so why not do the same with insects?” [1]

Fig. 2 - Skeletal muscle structure. Muscle fibers are surrounded by networks of fat and connective tissue (endomysium, perimysium, and epimysium). The muscle fibers consist of elongated cells that account for its stringy texture [2]. Photo credit: Pour La Science, No. 276 October 2000. As Lee mentioned, there are many different components in food that account for structural stability. TIP, which is intended as a meat, dairy, and egg replacement, seeks to mimic the structures that enable food ingredients to maintain their shape. Meat, dairy, and eggs all rely on protein and fat for their structure and texture. For example, typical skeletal muscle is composed of roughly 90% muscle fibers and 10% intramuscular connective tissue and fat, (Fig 2). Similarly, dairy products also rely on protein and fat for their structure; for example, many cheeses and yogurts exist as a matrix of casein proteins and fat globules [3].

Fig. 3 – Oil in water emulsion. Photo credit: GCSE Chemistry Lastly, egg yolks contain two main components called plasma and granules, with plasma containing mostly lipids and granules containing mostly proteins. Both contribute to an egg’s ability to act as an emulsifier and stabilize emulsified foods [4]. The egg yolk contributes to the formation of stable structures in foods such as mayonnaise and ice cream. By behaving as surface acting agents, the yolk allows liquids that would not normally mix (such as oil and water) to form a stable emulsion that will not separate [5]. This is due to the amphiphilic nature of phospholipids in egg yolk, meaning they have both a hydrophilic and hydrophobic portion. The hydrophobic tails orient themselves into the oil droplets and the hydrophilic heads face outwards, reducing surface tension between the oil and water and allowing the oil to disperse into small droplets (Fig. 3) [6].

Fig. 4 - TIP can be used to replace meat, dairy, and eggs. Photo Credit: Cfufoods.com Because there are similar types of macromolecules in living matter such as crickets (Fig. 1), TIP is able to act as a replacement for meat, dairy, and eggs. With approximately the same moisture and protein content and as ground beef (which has an average of about 60% water and 77g of protein per pound [7]), TIP can easily be substituted into many recipes. Lee and his team have made countless iterations of TIP products ranging from burgers to Bolognese, and cookies to ice cream (Fig. 4). Lee has continued to expand the range of his product further with a soluble cricket powder for use in products such as protein powder and baked goods. Lee hopes that entomophagy, or eating insects as a source of food, will continue to increase in popularity in the future. Because TIP is a protein extracted from insects, not the insect itself, it has also proven to be more acceptable to consumers who may be apprehensive of eating an insect in its entirety. Also beyond this, TIP has the potential to revolutionize the food industry. Farm-raised bugs use less land and resources, and produce less greenhouse gases than animals. Specifically, a pound of TIP versus a pound of beef requires 5 times less feed, 200 times less water, and produces 23 times less greenhouse gases. To put this into perspective, one ½ cup serving of One Hop Kitchen’s TIP Bolognese in comparison to the same amount of traditional beef Bolognese saves about 10 km worth of mileage emissions and 300 L/80 gallons of water. Additionally, one pound of TIP also has 2-3 times more vitamin B12 than beef [8]. TIP can also aid in solving hunger and food security issues. According to calculations made by Dan Caticha, a mealworm farm the size of Rhode Island could feed 2 billion people, which is the population increase expected by the year 2050 [9]. Using the facts that Rhode Island is approximately 1200 square miles, people need 3.3 oz. of meat per day, and each acre of land can produce around 165 pounds of beef [10], about 614.4 million people could be fed from a cattle ranch of this size. This means that beef production on the same amount of land can feed only 30.7% of the 2 billion people that can be fed with insects. And this doesn’t consider that the maturation and turnover rate for insects is much faster than cattle, meaning more generations can be produced in a shorter period of time. TIP is not only nutritious, but it is also a sustainable source of food that can be produced with minimal resources. Now that doesn’t bug us out at all! References cited