And by roar, I mean babble for a straight hour. A couple of weeks ago, I did a Bloggingheads chat with fellow Scienceblogger, Abbie Smith (she of ERV fame). See video below to hear us chat about science communication, journalism, HIV research, being bloggers and, in a fantastic non-sequitur that comes out of nowhere, vampires. 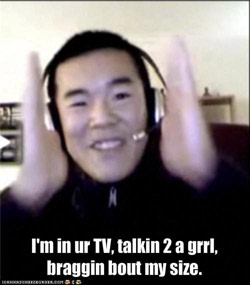