Duct tape can do everything -- including cure your warts. 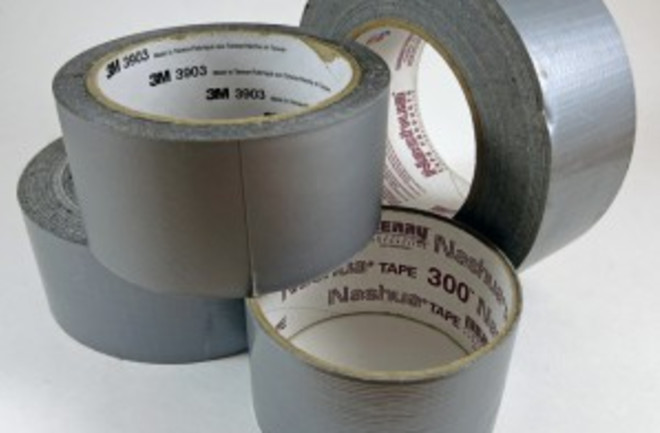 Mmm… warts! Those fun, fleshy skin growths caused by papillomavirus. They are harmless, and yet… ugh. One of the most common methods of removal is to freeze them off using liquid nitrogen (cryotherapy). But apparently there’s a DIY method that, according to this study, works even better: covering them with duct tape. It takes up to a couple months of diligent tape-wearing to work, but hey, it might help you avoid yet another medical bill. And for those of you wanting to try this at home, be aware that you should stick to the old-fashioned silver duct tape (according to other research, clear duct tape doesn’t have the same effects). And before you ask — no, McGuyver wasn’t one of the authors!

DESIGN: A prospective, randomized controlled trial with 2 treatment arms for warts in children.

SETTING: The general pediatric and adolescent clinics at a military medical center.

INTERVENTION: Patients were randomized using computer-generated codes to receive either cryotherapy (liquid nitrogen applied to each wart for 10 seconds every 2-3 weeks) for a maximum of 6 treatments or duct tape occlusion (applied directly to the wart) for a maximum of 2 months. Patients had their warts measured at baseline and with return visits.

MAIN OUTCOME MEASURE: Complete resolution of the wart being studied.

RESULTS: Of the 51 patients completing the study, 26 (51%) were treated with duct tape, and 25 (49%) were treated with cryotherapy. Twenty-two patients (85%) in the duct tape arm vs 15 patients (60%) enrolled in the cryotherapy arm had complete resolution of their warts (P =.05 by chi(2) analysis). The majority of warts that responded to either therapy did so within the first month of treatment.