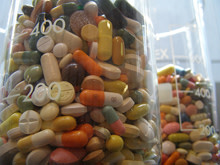 Unfavorable results of drug trials are often swept under the rug, according to a new review of FDA drug applications. Nearly a quarter of drug trial outcomes submitted to the FDA by pharmaceutical companies—most of them unfavorable—remained unpublished or only partially published after five years.

Published results were often positively skewed from those originally reported to the FDA. "These new findings confirm our previous suspicions that this is happening on a much broader systemic level. It shows that information is unavailable to those who really need it the most — the clinicians and the researchers,”

The mechanisms behind the apparent publication bias is unclear, though it is understood that manufacturers of new drugs rely on publications to market their products, often with billions of dollars on the line.

Drug companies are required to submit the results of all drug trials to the FDA as part of new drug applications. After approval, these results are supposed to be made public, usually in the form of scientific publications. However, the new review published in PLoS Medicine found disturbing omissions and bias on the road to publication.

The new analysis examined 164 trials for 33 new drugs that were approved by the FDA from January of 2001 to December 2002. By June 2007, one quarter of the trials were either published only in a partial form — as an abstract, or part of a pooled publication — or were not published at all [Science News]. Of 43 negative outcomes reported to the FDA, only 20 were later published. Nine percent of all published outcomes were more positive than those originally reported to the FDA.

In discussions with investigators on unpublished trials, [the study authors] found no cases where companies prohibited the researchers from publishing. But they did describe two cases in which the investigators said they wanted to publish the results but had not had full cooperation from the sponsors [MedPage News].

"It confirms that this is not an open, transparent process. There is still the opportunity for sponsors of new products to try and tip the scales in their favor," [Wired Science]

said Arthur Levin, director of the Center for Medical Consumers. Since September, federal law requires all clinical trials to be registered in a publicly accessible database, ClinicalTrials.gov, run by the National Institutes of Health. But the law still does not require full disclosure of all outcomes. Related Content: DISCOVER: Are Antidepressant Drugs Actually Worth Taking?, a look at secret government documents that shed doubt on antidepressants DISCOVER: Drugmakers: Prepare for a Smackdown DISCOVER: Wonder Drugs That Can Kill DISCOVER: Rx for the FDA DISCOVER: Court Limits Access to Experimental Drugs DISCOVER: Delay in Recalling Vioxx Points to Problems in FDA Approval Process

HealthIs Elderberry an Effective Treatment Against the Flu?
Recommendations From Our Store