Drug Companies Cherry-Pick Data to Get Approval for Useless Drugs 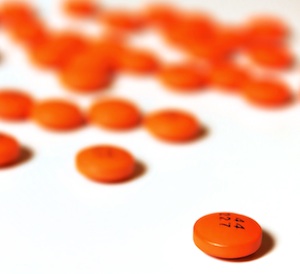 It goes without saying that the drugs you take for a headache, or high blood pressure, or even depression should work better than a Tic-Tac. That's what drug trials are for: researchers give a group of subjects either the drug under investigation or a placebo to check that the medicine is significantly more effective than a sugar pill. Plus, the trials can reveal any potentially harmful side effects. In theory, this is a great way to weed out useless or actively harmful drugs. But it fails when drug manufacturers cherry-pick their data, publishing papers on the positive trials and sweeping the unsuccessful ones under the rug

. And this behavior is completely legal. Science writer and medical doctor Ben Goldacre wrote a book

, with a long excerpt published at the

about how this process leads to approval for drugs that don't actually work. And as he explains, when widely used drugs---such as the diabetes medication rosiglitazone---have harmful side effects, they sometimes remain in common use.

In 2003 the Uppsala drug monitoring group of the World Health Organisation contacted [pharmaceutical company GlaxoSmithKline] about an unusually large number of spontaneous reports associating rosiglitazone with heart problems. GSK conducted two internal meta-analyses of its own data on this, in 2005 and 2006. These showed that the risk was real, but although both GSK and the FDA had these results, neither made any public statement about them, and they were not published until 2008. During this delay, vast numbers of patients were exposed to the drug, but doctors and patients learned about this serious problem only in 2007, when cardiologist Professor Steve Nissen and colleagues published a landmark meta-analysis. This showed a 43% increase in the risk of heart problems in patients on rosiglitazone. Since people with diabetes are already at increased risk of heart problems, and the whole point of treating diabetes is to reduce this risk, that finding was big potatoes. Nissen's findings were confirmed in later work, and in 2010 the drug was either taken off the market or restricted, all around the world.

In both published papers and results presented at conferences, trials sponsored by the drug industry are far, far more likely to yield positive results. Goldacre lists more examples where selectively chosen data and inadequate regulations let doctors treat their patients with useless or harmful drugs. Read about them in the longer excerpt