Does the pill matter?

The concern of the researchers is that a woman who gets involved with a guy while on the pill might find that she's no longer compatible with him once she stops later on in the relationship. Imagine waking up next to your boyfriend, or even your husband, one morning only to discover that you're just not that into him. While female comedians make such scenarios commonplace in their stand-up routines, Alvergne and Lummaa suggest it could be a reality faced by the modern woman.

There are lots of issues in relationships. Here's a chart of divorce rates from 1940 to 2000. 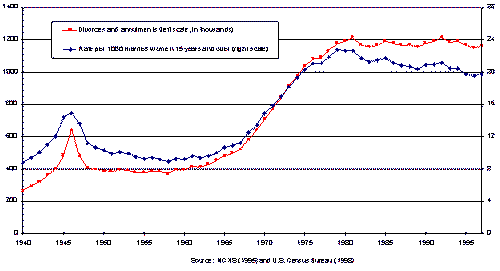