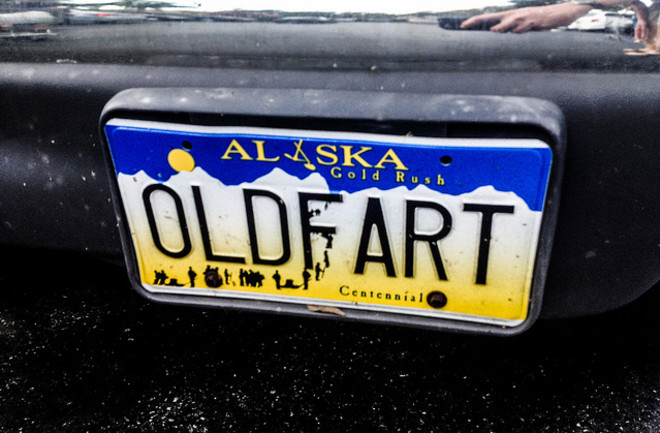 In short, no. At least not based on self-reported statistics that others have expressed doubts about. But the abstract of this study was just too funny not to share. You’re welcome.

Old Farts – Fact or Fiction? Results From a Population-Based Survey of 16,000 Americans Examining the Association Between Age and Flatus.

“An old fart, according to the Oxford English Dictionary, is a “contemptible or tiresome person, especially one who is old-fashioned, stuffy, or close-minded.” However, old fart could also mean that elderly individuals pass flatus more often.

Although there are limited data on the association between age and flatulence frequency, it is physiologically possible that older individuals pass gas more than their younger counterparts. For example, increased age has been linked to lactose intolerance, a relatively common reason why people break wind.

Elderly individuals are also at higher risk for developing small intestinal bacterial overgrowth, which can cause bloating and increased flatulence. To address this gap in knowledge, we performed a study examining the association between age and flatulence frequency.

We hypothesized that individuals pass flatus more often as they age. To test this hypothesis, we used data from the National GI Survey, a population-based audit measuring the prevalence of gastrointestinal (GI) symptoms, including bloating/gas, in community-dwelling Americans.”