How a 65-year-old nutrition article perpetuated one of dieting’s greatest myths. 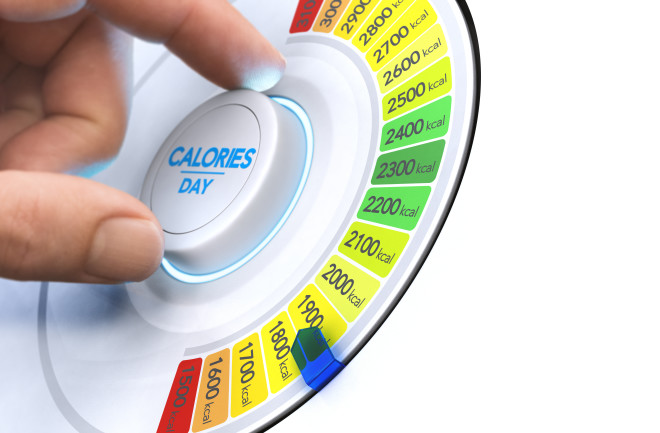 For decades, physicians and dietitians have advised weight-loss patients to follow a simple formula: A pound of fat was akin to 3,500 calories. Create a daily 500-calorie deficiency through exercise or dieting and a person could expect to lose a pound a week.

In the last decade, researchers have learned that weight loss is far more complicated. The “3,500 calorie rule” is a myth, and it doesn’t consider many factors, including how a person’s metabolism adapts over time.

Even though scientists have debunked the “3,500 calorie rule,” it persists in textbooks, advice websites and in conversations between clinicians and their patients. Researchers are calling for an end to the myth so that expectations can be recalibrated and weight-loss patients can be better set up for success.

The Making of a Myth

The 3,500 calorie rule stemmed from a 1958 article in the Clinical Journal of Nutrition by a physician who removed a pound of fat from a patient and then calculated the energy content in the adipose tissue.

From there, the physician determined that by burning 3,500 calories, a person could lose a pound of fat. For the next few decades, the 3,500 calorie rule became standard advice. Weight-loss patients were advised that if they cut or burned 500 calories per day, they would be rewarded with a one-pound weight loss per week.

And so it went for the rest of the century and beyond. But by the 2010s, scientists increasingly began questioning the 3,500 calorie rule. Obesity had been on the rise for decades and diet advice was plentiful, yet seemed to be failing people. Researchers scrutinized the 3,500 calorie rule and found it greatly overestimated weight loss.

Part of the problem was that the 3,500 calorie rule turned out to be a static equation. It assumed that a person’s body would continue to react the same way to caloric restriction over time. The rule didn’t consider other biological factors during that period, including how an individual’s metabolism would adapt to those restrictions over time.

For most people, the equation might work at the beginning of a diet. A person might initially see results from their efforts. But as their body adapted to the caloric restriction, their daily caloric needs changed without them realizing it. For some people, a greater calorie deficit was needed to continue the weight loss.

The 3,500 calorie rule also failed to consider how a person’s starting point could impact their long-term weight loss. A person with more adipose tissue, for example, might take longer to reach a steady weight than a leaner person.

For people who have been able to lose weight, long-term maintenance has proven to be a struggle. In an analysis of 29 long-term weight-loss studies, researchers found that dieters gained back 50 percent of their lost weight within two years. After five years, they gained back 80 percent on average.

A 2016 study in the journal Obesity helped to explain why weight loss can be difficult to maintain. The researchers worked with 14 people who had been contestants on the reality show The Biggest Loser and just finished the competition. The researchers measured the participants’ resting metabolic rate (RMR) and then followed up six years later.

The study further found that the participants with the greatest weight loss during the competition had the greatest RMR slowing.  For some participants, there was evidence that their RMR was still slowing six years later.

Other dieters also experienced a change in RMR so that over time the diet that once worked no longer produced results. Scientists caution clinicians against falling for the 3,500 calorie myth and then blaming patients for a lack of willpower. A person, for example, who gave up drinking two sodas a day will initially see weight loss from the new 300-calorie daily deficit. But over time, the body will adjust, the weight loss will slow and expectations will be shattered.

Rather than leaving a person to blame themselves, researchers urged dieters to forget the 3,500 calorie myth and recalibrate their expectations. A body’s metabolism will adjust overtime, and a person seeking long-term weight loss, they reasoned, would have to make changes.

Several online calculators have been designed to help people follow a more dynamic weight loss expectation. One provides a prediction of weight loss over time. Another is a body weight planner that allows the user to enter physical activity and choose the phase of their weight loss goals. Both are designed with the idea that weight loss is not static, and that as a person’s body adjusts, a diet must also be modified in order to see results, beyond what any 60+ year-old nutrition paper might suggest.

More From Discover
Health
Is 'Expired' Milk Safe to Drink? Here's How to Know When to Throw Away Food
Health
Liquid Meal Replacements: Can We Move Beyond Food?
Health
Why Do Some People Live So Long?
Health
The Science Behind Fasting Diets
Health
Feeling Sleepy After a Thanksgiving Meal? It Might Not Be the Turkey
Health
Healthy Meals And Snacks Are Important For Kid's Brain Function
Recommendations From Our Store
My Science ShopDiscover STEM Kits
My Science ShopDiscover 2022 Calendar
My Science ShopStrange Science
My Science ShopElements Flashcards
Shop Now
Stay Curious
Join
Our List