The old adage of “if it sounds too good to be true, it probably is” applies here. 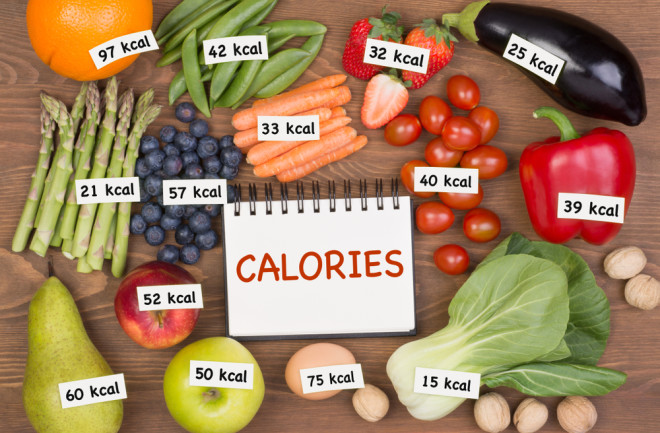 Many of us may be hoping to shed a few of the pounds that we may have acquired during the pandemic. Accomplishing this will depend largely on whether we’re burning more calories than we’re consuming — it’s a simple input versus output equation. The science is fairly conclusive that dieting is far more likely to yield success than working out.

For example, a 2017 study followed 14 contestants on the reality TV show, “The Biggest Loser,” for six years and found no relationship between those who exercised more and those who lost the most weight. That’s not to say exercise isn’t important for a whole host of other health concerns such as reducing your risk of type two diabetes, it’s just unlikely to result in weight loss compared to dieting.

With that in mind, negative calorie foods are often touted as a way to game the system and trick your body into losing weight, but what are they? Do they work? And do they even exist?

The concept of a negative calorie food is fairly straightforward: they’re supposed to contain so few calories that your body expends more energy in chewing and digesting them than it could ever extract from them. Celery and apples are often pushed as examples and it’s certainly true that they’re low calorie. A celery stick only contains six calories. It’s also not hard to find websites that are prepared to make bolder claims — some even tout negative calorie recipes for deserts.

“I did a quick Google search and you can find people selling low and negative calorie brownies which just can’t be true.” says Don Hensrud, associate professor of preventive medicine and nutrition at the Mayo Clinic. “There’s really no scientific evidence for negative calorie foods.”

Why There's No Such Thing As a Calorie-Free Lunch

There are essentially three ways that the human body spends its energy, says Hensrud. The first is the basic metabolic rate, which is to say the energy the body uses for its normal functioning when at rest. This uses up the vast majority of a person’s calorific expenditure — as much as 80 percent — and we have absolutely no control over whether we’re blessed with a so-called “fast metabolism,” which uses a lot of energy or a “slow metabolism,” which uses comparatively fewer calories. A second way the body burns energy is through physical activity. The third way is in breaking down food and absorbing nutrients. “It accounts for approximately 5 percent of calories spent,” says Hensrud. “But even with low calorie foods, it’s never going to be more than the calories contained in the food.”

There was a related fad a couple of decades ago in which proponents alleged that drinking lots of ice water increased the number of calories burned, explains Hensrud. “Cold water influences the body’s calorie expenditure because it has to generate heat to counteract it when you ingest it and that’s technically true, but it completely misses the point because the effect is so negligible that it becomes irrelevant.”

These sorts of diet crazes do more harm than good, says Hensrud, potentially fooling people that they don’t need to make wholesale changes to their lifestyles such as significantly reducing how much processed foods they eat. Who doesn’t want to imagine that eating a few celery sticks will undo the damage of a double cheeseburger and fries? “There are so many different diets because people want to believe in easy fixes,” he says. “You can look at diets in the U.S. from different decades and most are ‘here today and gone tomorrow’ because they don’t work in the long term.”

The data backs him up on this; the popularity of food trends does seem to vary with time.

In a 2020 study, Mikołaj Kamiński, a researcher at the Pomeranian Medical University in Poland, used Google Trends to gage the public’s interest in various kinds of diets and food trends between 2004 and 2019. He included gluten-free, ketogenic, low carb and negative calorie food diets in the investigation.

Perhaps not surprisingly, the popularity of all diets tends to fall before Christmas and then rises again to peak as people make New Year resolutions. But over a longer period of time, interest in many of these diets and trends vary so much that Kamiński and his colleagues concluded they show “fad patterns.”

Their analysis also showed that interest in negative calorie foods is most strong in the United States, followed by Australia and Canada, but overall interest in them has actually fallen rapidly in recent years. Kamiński’s findings could be evidence that diets are subject to the whims of fashion, however, “We don’t know the exact cause of the changes in interest of the analyzed diets,” he confesses.

Rather than engaging with the latest diet trend, people should instead focus more on making sure they have a balanced diet that they can sustain over a longer period of time, says Hensrud. “A couple of thousand years ago, the person who ate the most and did the least was more likely to survive so we have these drives in us that were helpful in the past but have to try and outsmart ourselves now that the environment has changed.”

More From Discover
Health
The Science Behind Cold Water Plunges
Mind
What is Anxiety and How Can Worries Overpower Us?
Health
What is Epilepsy and What Should We Know About it?
Health
The Surprising History of the Bidet Started with the Wealthy and Brothels
Health
Year-Round Daylight Savings Could Threaten Our Sleep and Heart Health
Health
Navigating Hearing Loss And New Over-the-Counter Solutions
Recommendations From Our Store
My Science ShopDiscover STEM Kits
My Science ShopDiscover 2022 Calendar
My Science ShopStrange Science
My Science ShopElements Flashcards
Shop Now
Stay Curious
Join
Our List