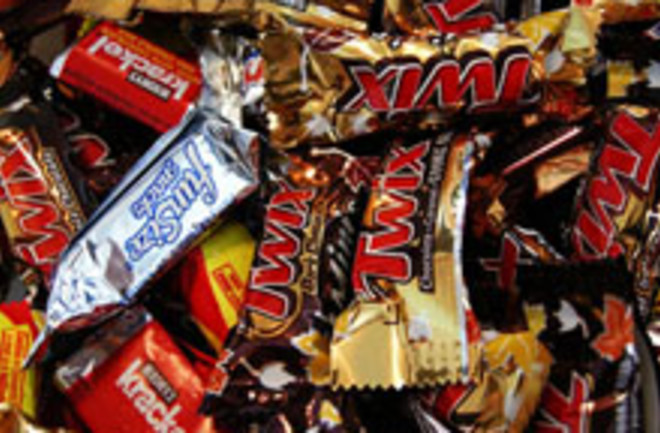 Many children are anxiously awaiting Halloween this weekend. But with all these sugary treats come a price: cavities. In fact, one out of every four children in the U.S. currently has at least one cavity in their baby teeth, a number that’s the highest it’s been in 40 years— and has been blamed on today’s sugary diet. Even worse, British researchers found that when kids consumed candy every day, they were more likely to be criminals when they grew up. This Halloween, two Michigan dentists, Shawn Morris and Daniel Simmons, are encouraging kids to turn in their candy for cash. The mission is called Operation Gratitude—children will receive $1 per pound of sweets, so the dentists can collect a large candy stash. The candy, however, won’t go uneaten: The dentists will send it to U.S. troops stationed in Iraq so they can hand out the candy to local children. So what is the incentive for candy-heavy children to turn in their loot? Hometownlife reports:

Youngsters who trade in their candy — a maximum of five pounds per child and total 1,000 pounds for the event — will receive a new Firefly glow-in-the-dark toothbrush and a goody bag of gifts. The youngsters will also be entered in a raffle to win one of three Nano iPods. Along with reducing damage to young teeth, the candy collection also will benefit U.S. troops.