The spread of dengue taps into a perfect storm of climate change and economic strife. 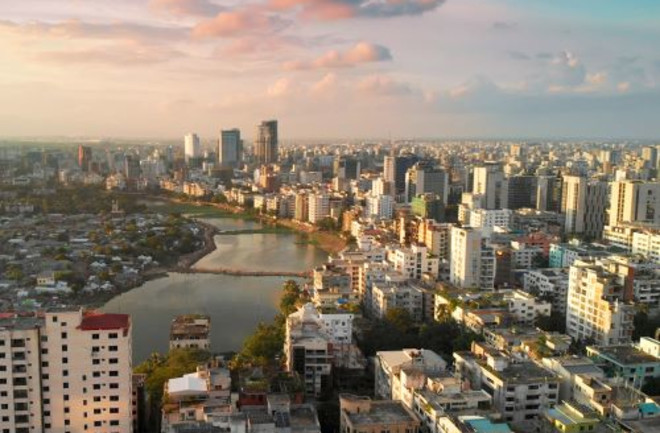 This story appeared in the July/Aug 2020 issue as "When the Fever Doesn't Break." Subscribe to Discover magazine for more stories like this.

As soon as I felt the plane nose toward Dhaka, Bangladesh, I started preparing. I pulled up my socks, rolled down my sleeves and fished a hat out of my bag. The temperature on the ground was in the upper 80s, but I tried to cover every slice of skin. Anything exposed — hands, neck, ears — got a healthy dose of 100 percent DEET.

In the preceding weeks, reports of dengue fever had been mounting in this waterlogged country, and most were coming out of the crowded capital toward which I was descending. The outbreak had developed into the worst dengue epidemic in Bangladeshi history. It was even more dire in other parts of Southeast Asia.

More than 91,000 people were infected between January and October 2019 — nearly twice the cumulative total for the previous 19 years — and official reports put the death toll at 107. Nongovernmental health organizations counted more than 200. By the time my plane left the tarmac to return home, two things were clear: Climate change is driving the severity of dengue outbreaks, and the most vulnerable countries are the least prepared.

An Uptick in Disease

Dengue is a viral infection carried by the Aedes aegypti mosquito, which also transmits Zika, yellow fever and chikungunya. Although dengue is responsible for some 20,000 deaths globally each year, it hasn’t received the attention of deadlier diseases like malaria. That is changing, though, as an uptick in outbreaks in the last decade has exposed the need for new research.

Roughly half the world’s population lives in areas susceptible to dengue. A recent study published in Nature Microbiology predicts that by 2080, as many as 2.25 billion more people — or 60 percent of the global population — will be at risk.

It’s not only that the geographic range is changing, says the study’s lead author, Janey Messina of Oxford University, but that “dengue is likely to amplify in places where there already is quite a bit of transmissions.” Mosquitoes will live longer, and they’ll breed and bite more. The season will lengthen, and infections will increase with more severe symptoms.

Add in global trends of rising temperatures and changes to precipitation, and Messina’s team predicts that the populations at the highest risk will “grow substantially and disproportionately in the most economically disadvantaged areas.” As a developing and quickly urbanizing tropical delta prone to monsoonal flooding, Bangladesh fits the bill.

When I arrived in August, the muggy conditions were perfect — from the mosquito’s perspective. Recent rains had flooded streets and swelled rivers. Water filled potholes and gardens. Nervous feeders that make a meal of multiple hosts, A. aegypti have carved out a niche in densely populated places like Dhaka, a city of about 20 million people, and thrive in human-made habitats.

One afternoon, I followed a dirt path beside a thin green lake to one of the city’s low-income slums. I met 23-year-old Argina, with long umber hair and dark eyes; her face was pale, her movements slow and breathing shallow.

Dengue is an acute viral disease spread by the Aedes aegypti mosquito. Scientists predict that the dengue season will lengthen and infections will increase. (Credit: Kumruen Jittima/Shutterstock)

A week before, while celebrating the Islamic holiday Eid-ulAzha, she had developed the telltale symptoms of dengue: exhaustion, a nagging fever and joint pain. She had written it off as the flu, but the pain worsened. One evening she saw an announcement warning of dengue. “I was scared when I heard about all the people dying,” she says. So she went to the hospital.

Dengue is often characterized as a disease of fear. For every confirmed case, like Argina’s, there are scores of self-misdiagnoses. People confuse benign symptoms amid the turmoil of an outbreak and overwhelm hospitals in a panic. This was the case at the impromptu dengue ward I visited, where people suffering from myriad injuries and ailments cluttered the hospital’s openair hallways. Inside the unfurnished ward, nurses hurried to deduce who had been infected and who had a cold. Ceiling fans spun hopelessly in the heat. Patients sprawled across a concrete floor, their gaunt faces looking up through pink nets with uniform trepidation — their nightmares realized.

About half of the global population lives in areas (shown here in orange) that are susceptible to dengue. (Credit: Elenabsl/Shutterstock)

Despite the country’s history of outbreaks, medical officials were taken by surprise. In Dhaka, an independent review found that city leaders had mounted an uncoordinated and woefully inadequate response, relying primarily on locals hired to spray neighborhoods with insecticide. Little had been done to control mosquitoes until after the epidemic had spread. When I spoke with Argina, who spent four days in the hospital, stagnant water sat in clay pots outside her door. That evening, a man walked the alleys and markets of her slum blowing a thick white cloud from a leaf blower-like contraption. Onlookers said it was all for show, that it wouldn’t help, and young children danced in the fog.

Until recently, there have been few tools to combat dengue, and none up to the task. A. aegypti bite during the day, so bed nets aren’t particularly effective. Researchers have tried releasing sterile male mosquitoes to limit breeding. Some countries fine property owners who don’t remove standing water. There is no viral therapy or specific treatment for those infected, and the only licensed vaccine, Dengvaxia, was itself linked to the deaths of hundreds of Filipino children after an outbreak in 2017. Dengue comes in four serotypes, or variations of the virus. Infected — or inoculated — with one, a person is presumed to be immune to it for life, but a subsequent infection with another type can plunge the victim into deadly hemorrhagic shock. This sinister trick of the disease has stymied vaccine development for years.

The solution is not as simple as the medical community had hoped, says Derek Wallace, head of global dengue operations for Takeda, the largest pharmaceutical company in Japan. “We had hoped that the existence of an antibody would be sufficient,” he says, but if the antibody is not finely tuned to interact with the four serotypes, it can backfire.

To address this, Takeda recently unveiled a new option that — unlike Dengvaxia, which was based on an existing yellow fever vaccine — is built on a dengue serotype that's common to all four serotypes. “With TAK-003, we essentially engage multiple arms of the immune system,” Wallace says. So far, it seems to be working.

Results from the third phase of clinical trials, released in late 2019, show that TAK-003 is potentially effective regardless of previous exposure or a person’s age. Notably, it produced a 95-percent reduction in hospitalization.

Will this new drug turn the tide? Wallace is cautiously optimistic, as everyone would like to be.

Dengue produces a uniquely uncompromising sense of dread. In waterlogged Bangladesh, mosquitoes are everywhere — and so, too, is worry. It followed me throughout the country and remained until after I returned home. It’s an emasculating feeling to live in fear of a tiny flying insect. Millions do, and, soon, so will millions more.

Stephen Robert Miller is a journalist based in Colorado.

More From Discover
Health
Hunter Gatherer’s Gut Bacteria Might Show History of Our Microbiome
Mind
A Promising Treatment for Mental Disorders: Fecal Matter Transplants
Health
What to Feed Your Microbes
The Sciences
Labs Are Assembling Synthetic Genes, and It's Cheaper Than Ever
Planet Earth
Bacteria Are Eating the Titanic
Health
Why Bacteria are the New Disease Fighters
Recommendations From Our Store
My Science ShopDiscover STEM Kits
My Science ShopDiscover 2022 Calendar
My Science ShopStrange Science
My Science ShopElements Flashcards
Shop Now
Stay Curious
Join
Our List