Darwin May've Had "Cyclical Vomiting Syndrome." (It's as Much Fun as It Sounds.) 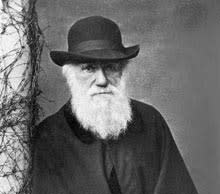 Charles Darwin lived to the ripe old age of 73 (which was pretty darn good for the 19th century), but despite his longevity, he spent many of the years of his life famously dogged by ill health. Today's doctors have tried to apply what medical science has learned since Darwin's time to diagnose the famous naturalist, and now another researcher has tossed out a suggestion: Darwin had cyclical vomiting syndrome (CVS). Writing in the British Medical Journal, physician John Hayman argues that CVS was most likely responsible for Darwin's intermittent malaise. The disease, caused by a mitochondrial DNA mutation, shows up mainly in children, Hayman says, but can persist into adulthood. Its symptoms, including headaches, anxiety, and abdominal problems, match many of Darwin's. From the Los Angeles Times:

In addition to the match in symptoms, research shows that Darwin's mother, Susannah, suffered vomiting and boils and motion sickness as a child, as well as excessive sickness during pregnancies. She died with abdominal pain when Charles was 8. Her younger brother, Tom, had similar symptoms, and a sister, Sarah, said that Tom and Charles had the same illness. That is consistent with a mitochondrial genetic defect, which is passed down through the maternal line.

Chagas disease (which Darwin could have acquired in the tropics), repressed anger and guilt, panic attacks, hypochondria, and other possibilities put forth as candidates for Darwin's mystery ailment. Here's guessing that researchers will keep playing Dr. House with Darwin, who saw his 200th birthday this year.

Discoblog: Worst Science Article of the Week: The "Dark Side" of Darwin

Discoblog: Sneak Preview of Darwin: The Musical DISCOVER: On the Origin of Darwin's Ills