Damage to One Brain Region Can Boost "Transcendent" Feelings 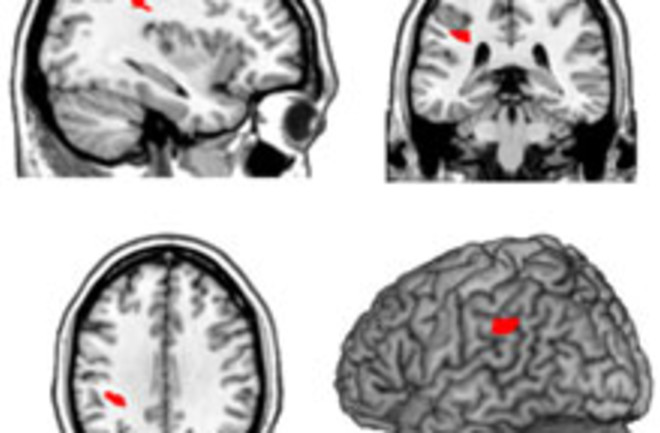 Does the human brain have a "God spot"--a particular region that regulates feelings of spirituality and connection to the universe? One year ago, DISCOVER reported on a scientific study of spiritual people that couldn't pinpoint one location in the brain as key to controlling religious feelings. But now a new study proposes that there is a link between the physical make-up of the brain and attitudes towards religion and spirituality. By observing brain cancer patients before and after brain surgery, researchers in Italy have found that damage to the posterior part of the brain, specifically in an area called the parietal cortex, can increase patients' feelings of "self transcendence," or feeling at one with the universe. The parietal cortex is the region that is is usually

involved in maintaining a sense of self, for example by helping you keep track of your body parts. It has also been linked to prayer and meditation [New Scientist].

The study, led by psychologist Cosimo Urgesi of the University of Udine in Italy, surveyed 88 brain cancer patients before and after surgery to remove their tumors. They were made to fill out a questionnaire regarding their beliefs, including a section to check their measure of "self-transcendence." People score highly for this trait if they answer "yes" to questions such as: "I often feel so connected to the people around me that I feel like there is no separation"; "I feel so connected to nature that everything feels like one single organism"; and "I got lost in the moment and detached from time". The same people also tend to believe in miracles, extrasensory perception and other non-material phenomena

The researchers say these findings, published in the journal Neuron, suggest that

selective damage to the parietal cortex caused a specific increase in religiosity and spirituality. Patients who had parietal cortex tumors removed also dealt better with bad news regarding their mortality and health; while the ones with problems in the frontal cortex were more bitter about health problems. Urgesi hypothesized

that naturally low activity in parietal regions in people without either brain damage or cancer could predispose them to self-transcendent feelings, and perhaps even to religions that emphasize such experiences such as Buddhism [New Scientist].

Critics point out that the study left a lot of unanswered questions, and note that directly equating spirituality to the self-transcendence scale is somewhat controversial. But other researchers see this study as an important step in understanding the religious brain. Anjan Chatterjee, a neurologist at the University of Pennsylvania said,

"Sometimes people are quite skeptical about combining spirituality and religion with neuroscience," he says. "This is one of the few things I've read that gives the hope that some of these questions might be tractable" [ScienceNow Daily News].