God on the Brain: Researchers Probe the Neural Circuitry Behind Religious Beliefs 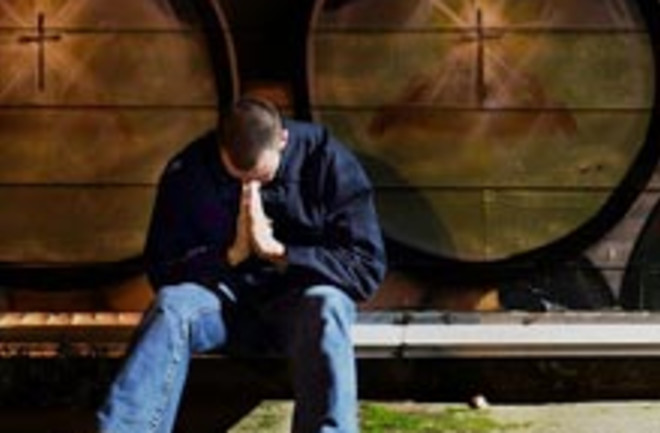 Researchers have peeked inside the brains of religious people responding to statements about God, and found that there's no discrete part of the brain that handles religious beliefs--there's no "God spot," as other neuroscientists have suggested. The new study found that

the neural activity in the subjects’ brains corresponded to brain networks known to have other, nonreligious functions.... “There is nothing segregated or conserved or special about religious beliefs, compared to other belief systems,” [lead researcher Jordan] Grafman said. The networks activated by religious beliefs overlap with those that mediate political beliefs and moral beliefs, he said [The New York Times].

The test subjects were read different types of statements dealing with God and religion while their brains were scanned with an fMRI machine, which measures blood flow to different parts of the brain. The scans showed that religious thoughts

"light up" the areas of our brain which have evolved most recently, such as those involved in imagination, memory and "theory of mind" – the recognition that other people and living things can have their own thoughts and intentions [New Scientist].

Some researchers have hypothesized that religious beliefs are a byproduct of the neural networks used in theory of mind, suggesting that humans first

evolved to imagine what other people are feeling, even people who aren't present — and from there it was a short step to positing supernatural beings [Wired].

In the new study, published in the Proceedings of the National Academy of Sciences, 40 volunteers drawn from the main monotheistic religions responded to three types of statements about God and religion. The first category dealt with God's involvement in the world, the second with God's emotions, and the third with religious doctrine. The first two categories lit up parts of the brain that deal with understanding the intentions and emotions of other people (specifically, the lateral frontal lobe, medial temporal, and frontal gyri regions). The third category activated parts of the brain that deal with language and memory. But some other researchers, like Andrew Newberg, director of the Center for Spirituality and the Mind at the University of Pennsylvania, say the new study doesn't come close to investigating the deep emotions that religion can elicit. Newberg has studied people who have intense religious experiences, like speaking in tongues or meditation, and he

reports that certain regions of subjects’ brains have enlarged areas of neural activation after many months of intensive meditation. He questioned whether asking subjects questions about religion when they were not in a religious frame of mind would capture much of interest about religious belief [The New York Times].