Dads Who Exercise May Pass on Genetic Benefits to Children 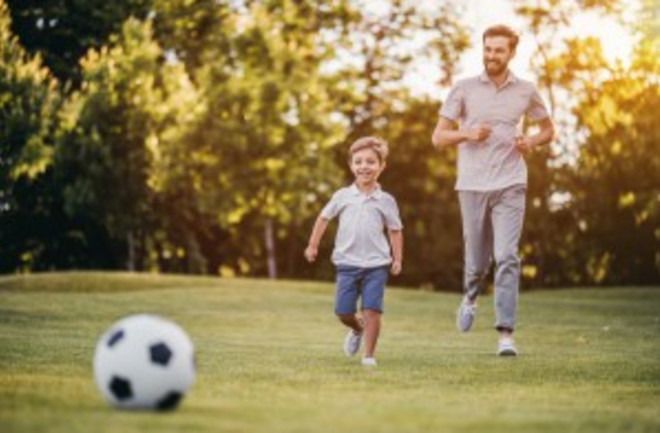 A new study found that men who hit the gym may give their kids a genetic head start. (Credit: 4 PM Production/Shutterstock)

When most people think of pre-conception health, they think of women. But new research shows that men’s lifestyle choices may also play a significant role in having healthy kids.

A new study published this week in the journal Diabetes suggests that men who exercise moderately before conception have healthier children and that the benefits last well into adulthood.

The team says that exercise prompted changes in the genetic expression of the father’s sperm thanks to small RNAs, or sRNAs, which regulate gene expression and play a vital role in our health. At the time of conception, the team suspects sRNAs transmit important information about paternal health. That’s why fathers who were fed a poor diet also passed on improved health to their children if they exercised.

“sRNAs can affect how the gene is being translated and interpreted,” said lead study author Kristin Stanford, a physiologist at The Ohio State University Wexner Medical Center. “We see that a paternal diet can increase certain sRNAs — which have been shown to impair metabolism in offspring in previous studies — and that paternal exercise can reduce the expression of these sRNAs.”

The study adds to a growing body of research linking parental lifestyle to public health concerns.

“These data suggest that, if translatable to humans, paternal exercise could be an important mechanism to combat the increasing rise in obesity and Type 2 diabetes,” said Stanford.