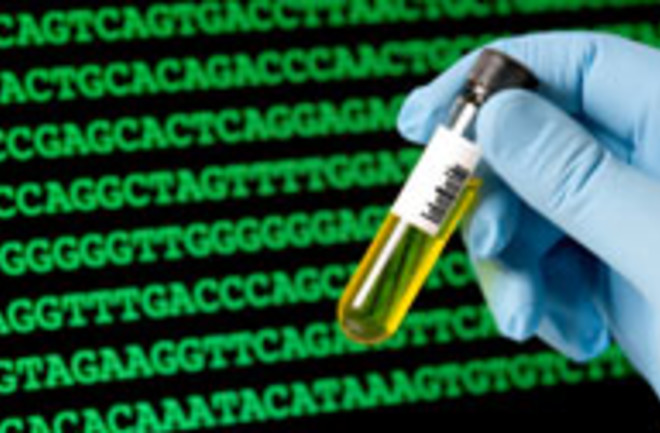 In a far-reaching judgment that could have major implications for the biotech industry, a federal judge in Manhattan has struck down patents related to two human genes linked to hereditary breast and ovarian cancers, BRCA1 and BRCA2. Myriad Genetics held the patents, and women who want to find out if they have a high genetic risk for these cancers have to get a test sold by Myriad, which costs more than $3,000.

Plaintiffs in the case had said Myriad’s monopoly on the test, conferred by the gene patents, kept prices high and prevented women from getting a confirmatory test from another laboratory [The New York Times]

. In his decision, United States District Court Judge Robert W. Sweet found that the company's patents were invalid because the genes are "found in nature," and products of nature can't be patented. In essence, he agreed with the plaintiffs' argument that the genetic code contained in each human being's cells shouldn't be private property. Tuesday's decision, if upheld, could have wide repercussions for the multi-billion dollar biotech industry, which is built on more than 40,000 gene patents. Already, about 20 percent of the human genes have been patented. The decision, however, is not binding on other federal courts and other judges may or may not abide by it. But it does the set the stage for years of litigation over other gene patents. Myriad Genetics plans to appeal the judgment. As DISCOVER reported earlier this year, the case was brought to court by the American Civil Liberties Union (ACLU) on behalf of 20 plaintiffs, including the American College of Medical Genetics, the Association for Molecular Pathology, and various individuals.

The lawsuit charged that the BRCA patents—and gene patents in general—violate established laws that prohibit the patenting of products and laws of nature. According to the ACLU, “Human genes, even when removed from the body, are still products of nature” [DISCOVER].

The plaintiffs alleged that the company's patents also prevented research on the genes and their link to cancer, and was ultimately harmful in the long run. However,

Myriad Genetics, the company that holds the patents with the University of Utah Research Foundation argued that the case held no merit as the work of isolating the DNA from the body transforms it and makes it patentable

Patents like this, the company maintained, had been granted for decades. Judge Sweet however, shot down that argument and maintained that the previous patents were "improperly granted." He said that many critics of gene patents considered the idea that isolating a gene made it patentable “a ‘lawyer’s trick’ that circumvents the prohibition on the direct patenting of the DNA in our bodies but which, in practice, reaches the same result”

Calling the decision a "victory for the free flow of ideas in scientific research," the ACLU said

the human genome "was discovered, not created. There is an endless amount of information on genes that begs for further discovery, and gene patents put up unacceptable barriers to the free exchange of ideas" [Newsweek].

However, experts who sided with Myriad said that if the decision was upheld, it would have a significantly hold back medical research, as new companies would have trouble raising money from investors for their research. Here's what the other biotech companies who have been watching the case closely need to know: The decision won't affect their patents at this point, and experts say the U.S. Patent and Trademark Office isn't likely to change its rules on gene patenting because of this decision. But the lawsuits have no doubt just begun. Related Content: DISCOVER: #52: Courts Consider Who Owns the Human Genome 80beats: New Lawsuit Challenges the Patenting of Human Genes DISCOVER: The Intellectual Property Fight That Could Kill Millions DISCOVER: Patent MedicineImage: iStockphoto