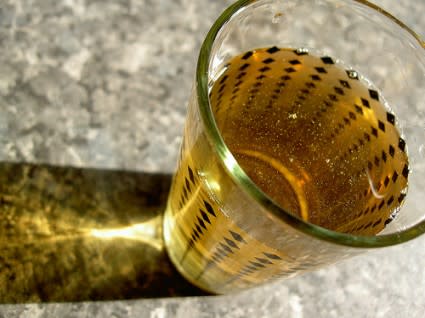 A new study by Consumer Reports found arsenic levels that exceed federal drinking water standards in 10 percent of the apple and grape juices tested. The group also found excessive levels of lead in 25 percent of grape and apple juices. Arsenic and lead are both poisonous and can cause health problems, especially in pregnant women, infants, and young children. Kids drink a lot of juice—more than one-third drink more than recommended by pediatricians. Although there is no technical limit for these chemicals in most juices and foods, these levels found in five brands exceed the 10 parts per billion allowed in drinking water for arsenic and the 5 ppb allowed for lead (find detailed information about individual brands tested here in a PDF). Consumer Union, Consumer Reports' advocacy arm, called for the Food and Drug Administration to establish maximal safe levels for these contaminants in juices. Several studies suggests that chronic exposure to arsenic and lead—even at levels below water standards—can result in serious health problems, the group said. The topic of arsenic is juice has been in the news since Mehmet Oz, M.D., host of “The Dr. Oz Show,” claimed to have found arsenic levels greater than 10 ppb in several brands of apple juice. But the FDA called Oz's study irresponsibly flawed because it didn't distinguish between organic arsenic, which is relatively nontoxic, and inorganic arsenic. The Consumer Reports study tested for the latter, dangerous form. And it may be having unrecognized health effects. “I suspect there is an awful lot of chronic, low-level arsenic poisoning going on that’s never properly diagnosed," Physician Michael Harbut told Consumer Reports. The FDA says it's considering setting a maximum level of arsenic allowed in juices. Meanwhile consumer groups advise concerned parents to reduce children's juice intake, to switch brands, or to replace them with healthier alternatives. The high sugar content of many fruit juices also make them a contributor to childhood obesity. [Via Consumer Reports and Time]