Cloning's Long Legacy — And Why It'll Never Be Used on Humans

Cloning a person is dangerous, ethically dubious and ultimately unnecessary. 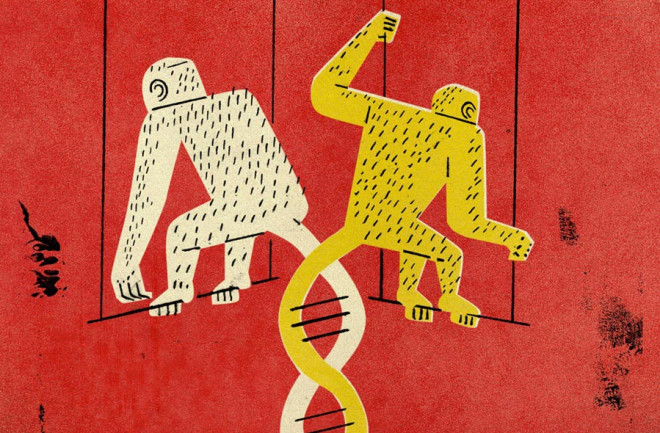 The photograph of two baby monkeys clinging to each other crisscrossed the world early last year. Not just because the long-tailed macaques, Zhong Zhong and Hua Hua, were adorable, but because they were groundbreaking: They were the first primates ever to have been cloned. No scientist before had managed to make exact replicas of animals so close to us on the tree of life.

For some, the image was a bit too close for comfort. Long before Dolly the sheep was cloned almost 23 years ago, science fiction writers have fantasized about armies of look-alikes wiping out the rest of humanity, or clones bred solely to sustain their identical ancestors. The idea of clones is unsettling because it violates the fundamental moral understanding that we are all different and equally valuable.

Those involved with the science around cloning agree. Prominent scientists involved in cloning say they’ve never had any intention of replicating a person — and are as wary of the idea as everyone else. Their research serves other purposes, they say. For decades, investigations into cloning have been divided into two areas: reproductive cloning, mainly to improve livestock breeding; and therapeutic cloning aimed at growing cells, not whole humans, that could be used to treat diseases.

Today, just a handful of labs worldwide work in cloning, and other advances make cloning even less likely to be used in the future, researchers say. “People love these thrilling, world-changing innovations, but there are always … biological obstacles that are not so simple to overcome,” says Dietrich Egli, an assistant professor of developmental cell biology at Columbia University.

In somatic cell nuclear transfer — the technical term for cloning — a cell is copied by transferring its nucleus into a donated egg cell whose own nucleus has been removed. A quick electric shock stimulates the egg to start dividing, and because its nucleus comes from an adult cell — and therefore has two strands of DNA instead of the single strand normally found in an egg — it doesn’t need a sperm to become an embryo. After dividing for a few days, the mass consists of embryonic stem cells that are theoretically capable of becoming an organism that is genetically identical to the one it came from.

So, what stops researchers from cloning humans? Mainly common sense. “No one’s really suggested any good reason for doing it,” says Robin Lovell-Badge, a developmental biologist and stem cell scientist at the Francis Crick Institute in London. There’s a much easier way to re-create yourself that doesn’t involve ethical issues: have a baby. If you’re hoping to replicate a beloved dead child or spouse, or even a long-gone pet, cloning won’t do the trick. “It just would. Not. Work,” Lovell-Badge says emphatically. “In fact, it would be counterproductive because you would end up with an individual who is clearly not the same person, and it would be more traumatic for everyone involved.”

Lovell-Badge’s point is that we are all more than the genetic instruction manual that was involved in our creation. We are shaped by our environment from the day of conception: What our mothers ate during pregnancy and what viruses they caught can have an impact, not to mention the quality of parenting or events we experienced during childhood.

Identical twins reveal this best. Twins often have different looks, interests and personalities, particularly as they age. Plus, science fiction flicks (think the 2005 movie The Island) notwithstanding, cloning would produce a baby, not an adult. If you love your deceased spouse enough to replicate them, you presumably would want him or her to be your age. And, Lovell-Badge warns, cloning’s imperfections can cause suffering: A large percentage of embryos don’t make it, newborn clones sometimes die just after birth, and others die prematurely. “It’s only a small proportion that make it through to a happy, long life,” Lovell-Badge says.

But cloning has been, and can continue to be, useful without producing cute babies. Cloning technology has led to new treatments for rare, devastating diseases, says Shoukhrat Mitalipov, director of the Oregon Health & Science University Center for Embryonic Cell and Gene Therapy. He’s devised a way to keep women with mitochondrial diseases from passing on the devastating illness to their children. By transferring the nucleus of one of her eggs into the healthy egg cell of another woman (whose nucleus has been removed), he can leave most or all of the damaged mitochondria behind, preventing disease. It’s a technique that results in a so-called “three-parent baby.”

A similar technique was used in the 1990s in the U.S. and a few times elsewhere since to treat women with infertility. Another “three-parent baby” was born in Mexico in 2016 with a similar technique intended to avoid passing on a disease carried by the mother, but the boy did inherit some of his mother’s damaged mitochondrial DNA, and the family has declined follow-up research, hoping he won’t develop any health problems.

A similar approach, using cloning, could even help a woman who has no eggs of her own, Mitalipov says. Researchers may be able to clone one of her skin or blood cells, and eventually make an egglike cell that has a single DNA strand, rather than a double strand. Then, a scientist could follow the same procedure as with three-parent babies to create a child that is genetically both hers and the father’s – that is, a normal child, not a clone. “That’s probably the future,” Mitalipov says.

Another goal for cloning has always been to create cellular therapies, treatments that use the patient’s own cloned cells. But drug companies are more interested in standardized therapies, Egli says, and there’s now a much easier way to make personalized multipurpose cells without destroying eggs or embryos.

In the mid-2000s Japanese scientist Shinya Yamanaka developed a method of artificially creating these cells from an adult. Yamanaka says he was inspired by Dolly to realize that all cells have the same genetic material, and thus could theoretically be reprogrammed into any other cell type. The realization led him to develop a method for creating induced pluripotent stem cells (iPSCs) from mature cells. iPSCs can be made to grow into any type of tissue in the body.

Harvard University stem cell biologist Kevin Eggan says he’s now convinced that Yamanaka’s iPSCs are comparable to ones made from embryos or from cloning using donated eggs —without the ethical challenges. These cells are now used in research around the world for modeling diseases and screening drugs, and they are just beginning to find use in therapies, first in macular degeneration. They’re so easy to use, Eggan says, that even the college sophomores he teaches at Harvard can make them.

But despite the usefulness of iPSCs and their similarities to cloned cells, cloned embryos follow a more normal development process than those generated from iPSCs, Lovell-Badge says. Mitalipov believes cloned cells have healthier mitochondria. And for some reason, a cloned cell can grow into an entire mouse, whereas an iPSC-generated embryo often stalls out, says Columbia’s Egli. That’s why he believes clones are still needed as a research reference point. Still, cloning is being supplanted by the use of IPSCs, Lovell-Badge says: “If the iPS cell route seems to be safe, seems to be reliable, then why would people go the technically much more difficult way of doing it [through cloning]?”

The other tool that’s putting cloning nearly out of business is CRISPR gene editing. “If you understand the embryology well enough to clone, you understand it well enough to edit,” Eggan says. (Like all the scientists quoted in this piece, Eggan was horrified by the recent use of gene editing on twin girls in China, a move that is likely to lead to new regulations on edits to human eggs, sperm and embryos.) Because of the popularity of these other technologies, there’s very little funding for research on cloning, Egli says, and even less when it involves human cells.

Dolly with Sir Ian Wilmut, who led the research that produced her. (Credit: Courtesy of The Roslin Institute, The University of Edinburgh, UK)

Ultimately, cloning may remain most useful in the area for which it was developed: to improve livestock breeding. Eggan says scientists didn’t know enough about animal genetics 25 years ago to boost traits they wanted and minimize ones they didn’t, so cloning ideal specimens seemed like the way to go. Cloning is still used for that purpose, especially for high-value animals, such as bulls.

In some animals, like pigs, cloning remains the most effective way to add desirable traits, says Angelika Schnieke, chair of livestock biotechnology at the Technical University of Munich. A pig embryo is colored, making it nearly impossible even with a microscope to see inside the embryo to add genes, she says. Up to now, there have been no iPSC or embryonic stem cell lines for rabbits, pigs or sheep, so cloning was the only option to make precise changes to cells from those species, Schnieke says. Cloning can be used to pass on genetic changes made in the lab, bypassing normal reproduction. Some researchers are also combining cloning and genome editing to make, for instance, pigs that are resistant to diseases, she says.

Ultimately, cloning will never be more than a niche technology, says Sir Ian Wilmut, the scientist who led the cloning of Dolly. But he’s more than satisfied that his work inspired a new understanding of cellular versatility, and all the benefits that have come from it. “iPS cells are by far the biggest inheritance from the cloning experiment,” Wilmut says. And what about all those frightful fantasies of being overrun by copies of ourselves? Or finding out that we’re only alive to serve the needs of someone with our genetic makeup? Eggan says we can now scratch those off our list of fears forever. iPSCs can do nearly everything that cloned cells could do, without the need for replicas. “That dystopian vision is in the rearview mirror now,” he says.

This story is part of "The Future of Fertility" a new series on Discover exploring the frontiers of reproduction. Read more: