Chemicals and cancer, signal and noise 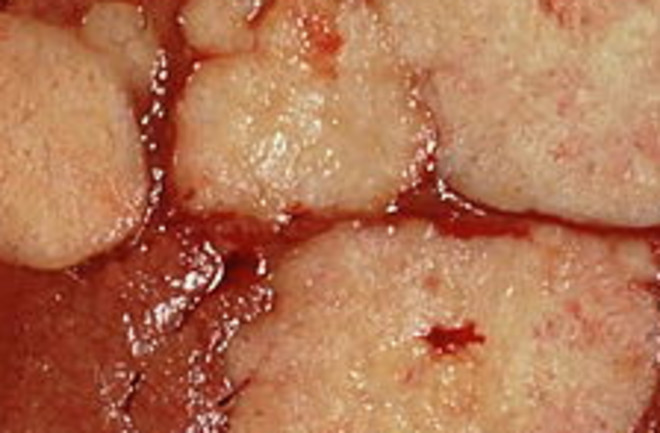 Pancreatic cancer tissueGeorge Johnson is out with a new book, The Cancer Chronicles: Unlocking Medicine's Deepest Mystery, and is also now at the center of a host of controversies due to some of his conclusions after years of research and writing. You can keep track of the volleys back and forth at his blog, Fire in the Mind. But I want to you pay close attention in particular to a new piece in Discover (print edition), Prehistoric Times: The idea that cancer is a modern disease is a common misconception — one that the fossil record reveals to be untrue. Here's the big bold assertion: correcting for the greater longevity of modern people the rate of cancer is no higher today than it was in the human past. This is a shocking claim, and bound to cause controversy. Though I am not able to judge the validity of this assertion in the specifics, it is not implausible on the face of it. Many of the claims for correlations between particular chemicals or environmental inputs and disease later on in life are subject to the problem of numerous confounds. It's hard to pull signal out of the noise. But it is possible in some cases; the rates of lung cancer for long time smokers being one of the best socially relevant examples. And yet this itself illustrates and important caveat: there are those who don't seem to have any of the environmental risk factors for lung cancer who nevertheless develop lung cancer. I know this in part because there are individuals who report that once they are diagnosed with lung cancer others whom they encounter begin to subject them to a battery of questions relating to whether they ever smoked, or, whether they lived with a smoker, because the impression is that this sort of cancer demands a lifestyle prior. Why? An effect demands a cause. This is a common cognitive bias, and we regularly extract spurious patterns to establish transparent causality on the world. Ultimately there is causality...but it is not always so transparent. A lot of biological process is subject to noise and randomness at the level of our perception. Consider that inbred isogenic lineages of simple organisms kept under perfectly homogenized environments such as C. elegans still exhibit phenotypic diversity. Stuff happens for a reason, but we will never really know what the reason is. So we bracket that under "random." And this is probably true for cancer as well, and that is tragic and results in existential crises. The real answer to the question "Why me?" is quite often "No one knows, no one will ever know." It may be that some cancer are due to clear and causal environmental inputs. But almost surely much of it is outside our practical control. On the margin George Johnson may be wrong (e.g., cancer rates may be 10% higher than the past due to toxic chemicals), but in the broader point that cancer has been a biological fact of multicellular existence which strikes somewhat randomly, I believe he is probably right. This is not an emotionally palatable answer, so Johnson will remain on the receiving end of many attacks for some time to come. He bears a message which is deeply disquieting for the human need for order and just deserts.