Over the past decade, cancers associated with obesity show some of the most troubling increases affecting young adults and adolescents. 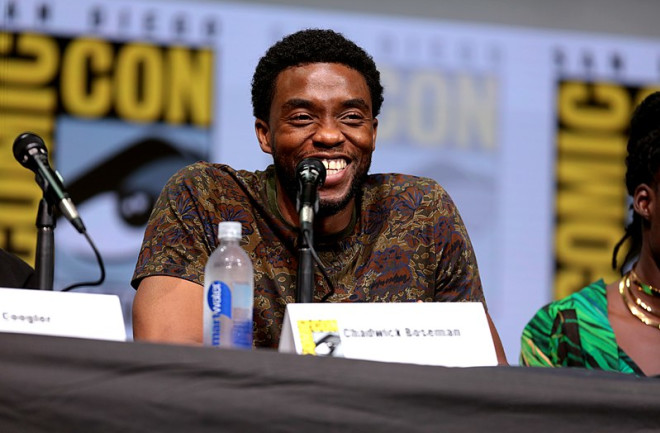 In late August, the world was stunned by the unexpected death of Black Panther star Chadwick Boseman. Fans and friends alike learned Boseman had been secretly battling colorectal cancer while starring in multiple high profile films over the previous five years. He was diagnosed in his late 30s, and died at age 43.

While cancer is rare in someone so young, cancer cases have been rising in adolescents and young adults in the U.S. for the last decade. Cancer mortality, on the other hand, has decreased in this age group, but the rate of diagnosis has remained stable or even increased for a few types of cancer, including colorectal cancer. Experts think obesity, along with health care access, may be driving these trends. Chances of survival varies along racial lines, with young Black Americans more at risk of cancer death than young white Americans.

Adolescents and young adults, aged 15 to 39, are actually a very vulnerable population, says Kim Miller, a scientist at the American Cancer Society (ACS) and an author of a new report about cancer rates in young Americans. People in this age group are the least likely to have health insurance, she explains. And until the mid-2000s, there was very little research specifically looking at cancers in this age group.

Recent studies have suggested cases of some cancers — like those associated with smoking and HIV infections — have been decreasing in young people. Skin cancer also seems to be declining in younger age groups. But other cancers, particularly those associated with obesity, have been steadily creeping upwards. Experts have known for years that colorectal cancer, for example, has been rising in young people, and the ACS and National Colorectal Cancer Roundtable guidelines now recommend people start screening at age 45, instead of age 50.

The September report that Miller coauthored for ACS predicts that there will be 89,500 cancer cases and 9,270 deaths in 2020 among people aged 15 to 39 from cancer. Researchers, including Miller, used population-based incidence, mortality and survival data from the National Cancer Institute and the CDC to analyze trends and patterns of disease by age, sex, race and ethnicity.

Overall, the report found the incidence of cancer rose by about 1 percent every year among young people over the last decade, says Miller. Meanwhile, cancer mortality rates overall declined by 1 percent annually between 2008 to 2017, except among women aged 30 to 39. However, mortality rates increased for some cancers, including colorectal and endometrial cancers. The overall incidence of cancer was highest in non-Hispanic white individuals, but cancer mortality highest in non-Hispanic Black individuals.

The 1 percent increase in cancer incidence rates in young people is largely driven by more women being diagnosed with thyroid cancer. “A lot of the reason thyroid cancer is increasing is thought to be linked to changes in and advances in detection and imaging practices,” says Miller. Thyroid cancer is being found more often, but that doesn’t necessarily mean more women are developing the disease than they were before.

Adolescents and young adults as a group tend to have high survival rates, and sparse data makes mortality trends a little more challenging to study, says Miller. However, several cancers linked to obesity are both being found more often and leading to more deaths, says Miller. “I think that’s pretty important to highlight,” she says.

The burden of cancer disease doesn’t fall evenly on all young people. Part of the increased rates in white Americans is because they generally have better access to health care, and are therefore more likely to get screened and have their cancer detected in time, says Miller. Research suggests rates of melanoma and testicular cancer are also increasing in this group, says Miller, two illnesses that have disproportionately impacted people of European descent.

Teasing apart exactly why Black Americans are at higher risk of dying from cancer is challenging, but there are a few notable trends. Miller points to female breast cancer as an example. Young Black women are more likely to get triple negative breast cancer, an aggressive form of the disease. Scientists don’t know why this is the case, but lack of access to adequate health care can make it even harder for Black women to get the care they need, further deepening the survival disparity, says Miller. Black patients have a 78 percent survival rate from breast cancer; white patients have an 89 percent survival rate, according to the report.

Early evidence suggests the tumors that adolescents and young adults develop are molecularly distinct from those of children and older adults, says Miller. Better understanding these differences could eventually help researchers understand the cause of these cancers and improve treatment options.

Miller points to the example of a good friend of hers, who was diagnosed with stage 4 breast cancer at the age of 38 after months of back pain. She didn’t know the cause of her pain, and her doctor thought she just needed to lose weight, says Miller. In reality, the cancer had spread to the bone.

Meanwhile, for most young adults and adolescents, Miller stresses that cancer is rare. There’s no reason to panic, but listen to your body and pay attention to how it feels and changes. “I think for the average person at average risk it’s just important to be cognizant of changes that may occur” in your body, says Miller.

Editor's Note: This story has been updated to clarify that the 1 percent increase is the cancer prevalence in the overall population, not in number of cases.

More From Discover
Health
Are Ultra-Processed Foods a Silent Killer?
Health
Will the COVID-19 Vaccine Work As Well in Patients With Obesity?
Health
We've All Heard That Eating Late Is Unhealthy. Is It True?
Health
What Is Lumen, and Can It 'Hack' Your Metabolism? Here's What the Science Says
Health
What Is Inflammation, and Why Is It Sometimes 'Bad' for Your Health?
Health
The Paleo Diet: Should Modern Humans Eat the Way Our Ancestors Did?
Recommendations From Our Store
My Science ShopCosmos: Possible Worlds
My Science ShopStrange Science
My Science ShopEinstein's Universe
My Science ShopElements Flashcards
Shop Now
Stay Curious
Join
Our List