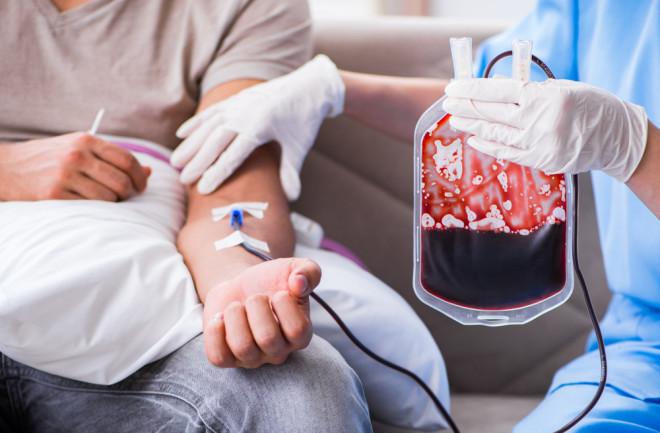 It’s a compelling sci-fi trope: Pump a young person’s blood straight into your veins and regain the strength and vitality you had decades ago. The Simpsons riffed on the idea when a gravely ill Mr. Burns got infusions of Bart’s blood, leapt from his bed and sprinted away, cured.

For now, the notion of a transfused youth elixir that grants health benefits to older people remains squarely in fictional territory. Though some young blood evangelists have offered unproven infusions for a fee, experts say such treatments are unethical and come with potential health risks. “There’s not really much meaningful evidence that these interventions are going to help,” says Leigh Turner, executive director of the University of California-Irvine’s bioethics program. “You can end up with marketing rhetoric that separates people from their savings.”

The true promise lies in more systematic research that’s looking at young blood components to gauge their regenerative effects. Down the line, these studies could give rise to targeted muscle and brain anti-aging treatments — so long as over-eager young blood promoters don’t ruin the party for everyone.

The most recent round of young-blood hype ramped up when startup founder Jesse Karmazin announced he was recruiting 600 people over age 35 for a trial where they’d be infused with over a liter of blood plasma from much younger donors. Starting in 2016, he charged people $8000 each to take part in his study — and made lots of promises about the treatment’s ability to reverse aging and restore health. “I’m not really in the camp of saying this will provide immortality,” Karmazin told the Sunday Times in 2017. “But I think it comes pretty close, essentially.”

Karmazin’s much-touted venture didn’t go as planned. He never officially reported his study results, and in 2019, his Ambrosia Health clinic shut down on the heels of an FDA warning about young blood treatments. “Treatments using plasma from young donors have not gone through the rigorous testing that the FDA normally requires,” read the agency’s statement, which advised people against seeking the treatments in clinics due to possible adverse reactions like lung injury.

Karmazin and other infusion backers have gone mostly under the radar since the FDA’s warning. But consumers need to remain wary of young blood health promises other clinics might make, Turner stresses. “When there's no established evidence of efficacy,” he says, “I think it's fair to say that there's not a defensible benefit-harm ratio in place.”

The Karmazin affair and FDA response diverted attention from a more legitimate research venture: testing distinct components of young blood for possible health benefits. Such systematic research was underway well before Ambrosia Health hit the prime time. In a landmark 2014 study at Harvard University, researchers isolated a specific protein, GDF-11, found at higher levels in the blood of young mice. They then injected this protein into older mice each day for four weeks. After the treatment, the older mice did better in endurance exercise tests. Aging cells in their muscles also showed signs of returning to a healthier state.

More recently, a University of Pittsburgh team reported that so-called extracellular vesicle particles, or EVs, may be responsible for some of young blood’s age-defying effects on muscle cells, according to a study published in Nature Aging in 2021. When rehabilitation specialist Amrita Sahu and her colleagues injected aging mice with EV-rich young mouse blood serum, the fluid that remains from blood plasma after clotting, the older mice recovered better from muscle injury. But when they injected other mice with young serum that did not contain EVs, they showed no such enhanced recovery.

That suggests the young EVs’ presence is critical to muscle regeneration in mice. “EVs are sort of like messages in a bottle that deliver information to target cells,” says Sahu, an assistant professor at Pittsburgh’s School of Medicine. In this case, the vesicles deliver an anti-aging protein called Klotho to developing muscle. Sahu hopes her research will inform new treatments for people with slow-healing muscle injuries.

Young blood components may also spur brain cell changes that could help stave off cognitive decline. When researchers at Stanford University grew human neurons in a dish and treated them with blood serum from young mice, the neurons formed more synapses, which transmit electrical and chemical signals between cells, as well as more dendritic branches, which pick up messages from other neurons. The research team identified two blood proteins, THBS4 and SPARCL1, that are involved in driving these changes—possible starting points for future drug therapies that would support brain health in old age.

So while boosters like Karmazin are getting way ahead of themselves, young blood actually could prove to be a bonanza for anti-aging specialists. To reap the true benefits, we just might have to wait a few more years — and steer around all the overblown claims in the meantime.