Scientists are digging into the workings of the endogenous cannabinoid system — and finding it helps regulate a multitude of biological functions. 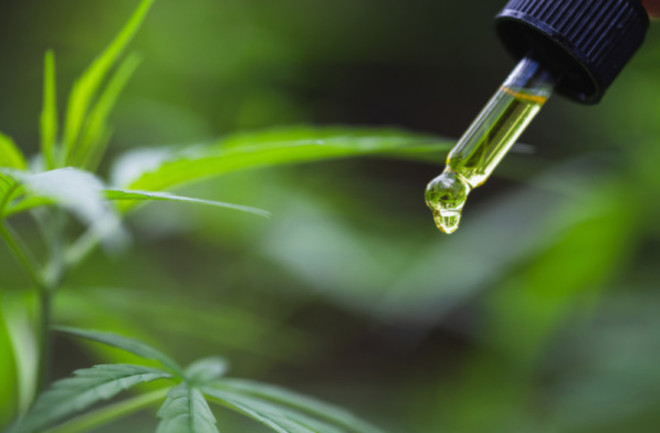 The oft-quoted adage to never “get high on your own supply” takes on new meaning in light of the endogenous cannabinoid system (ECS). As it turns out, you don't need THC, CBD or any other drug to feel its effects.

One namesake of the ECS is the plant Cannabis sativa, more commonly known as marijuana — the first known cannabinoids were discovered in cannabis. The ECS's other namesake is the Greek prefix endon, meaning "within." When neuroscientists began to investigate the chemical effects of marijuana, they stumbled upon a natural system that is present in all humans, regardless of their propensity for pot smoking. In fact, your body rewards you with a flood of endogenous cannabinoids every time you get vigorous exercise.

While research on the ECS is still an emerging field, scientists have already identified a myriad of biological functions that it regulates. Cannabinoids play a role in neurodevelopment, memory, appetite, immune responses, mood regulation and how we feel pain. Elements of the ECS are also abundant in the nervous system, as well as the immune system.

At least, that’s what you'll learn from the neuroscience unit of any psychology 101 course. For the most part it’s true. But the ECS is an exception to the rule. While the majority of neurotransmitters are marching along in one direction from neuron to neuron, cannabinoids refuse to step in line. They travel across the synapse in the opposite direction. “It reverses the order. We call it retrograde transmission,” Lu says.

This difference in design hints at one of the central functions of the ECS: It regulates the strength of neurological signals. If a neuron is overly excited, the ECS can suppress it. If a neuron is lethargic and inactive, the ECS might kick it into action. Think of it as a sage friend who talks neurons out of mood swings. “Its key role is to make sure things are in homeostasis, not in overdrive,” Lu says. “It’s a kind of a safety mechanism.”

The Spice Must (Not) Flow

In the 1980s and 90s, research into the ECS emerged from a single, simple question: What happens in your brain and body when you smoke marijuana? Though the research now encompasses much broader lines of inquiry, much of what we know about the ECS is still due to the various drugs that affect it.

In 1990, researchers identified and cloned a neuroreceptor that reacted selectively to psychoactive cannabinoids such as tetrahydrocannabinol (THC). The receptor, later dubbed CB1, is the most abundant cannabinoid receptor in the human body, and it is especially concentrated in the brain.

Interestingly, THC is a weak agonist of CB1, meaning it is relatively clumsy at binding to the receptor. This is where many explanations of how cannabis gets users “high” go awry. While many simple explanations put forth that THC simply floods cannabinoid receptors throughout the body kicking them into overdrive, the truth is more nuanced. Because THC is inefficient, it can sometimes block out other more efficient endogenous cannabinoids, such as 2-arachidonoylglycerol (2-AG), from accessing these neuroreceptors.

“It’s like in a workplace. There’s a certain number of chairs in the room,” Lu says. “You could have all good employees getting the work done effectively. Then when you have some less good employees coming in and occupying positions the overall efficiency is reduced.” On the other hand, if there are few other cannabinoids around, THC will clumsily bind to CB1 receptors causing them to be more active. A few mediocre workers is better than a room full of empty chairs. “It depends on the levels of endogenous cannabinoids,” Lu says. “It can be an agonist or antagonist.”

Of course, since THC is a second-rate CB1 agonist, another question emerges: What are the effects of a strong CB1 agonist? The answer isn’t pretty. Beginning in the late 2000s, a drug colloquially known as “spice” emerged from labs in China, made to mimic the psychoactive chemical compounds present in marijuana. In the U.S. it was branded as “Scooby Snax” or “Mr. Happy,” but the active compounds were actually synthetic cannabinoids with extremely high binding affinities for CB1 receptors. Users experienced delirium, psychosis and sometimes even fell into a coma.

Read more: The Dangers of 'Spice' and Other Synthetic Cannabinoids

On the other end of the spectrum is rimonabant, a drug that effectively blocks CB1 from functioning at all. In 2006, the drug was approved as a weight-loss treatment for obese patients in the European Union. Just two years later, the European Medicines Agency warned doctors to stop prescribing it. Clinical trials of the drug revealed that it put users at an alarmingly elevated risk for anxiety, depression and even suicide. “[The ECS] is not only involved in metabolism and weight regulation, but it’s also very, very critical for mood regulation,” Lu says.

Spice and rimonabant now serve as cautionary tales for future cannabinoid researchers. Clearly, drugs that overstimulate or deactivate the ECS on a large scale can have devastating consequences. By contrast, Lu says that some of the most promising research into the medical applications of cannabinoids is looking into the ways in which we can manipulate the ECS without introducing outside substances to the body. “You’re strengthening what it already does in your body,” Lu says. “That way it will be acting more specifically in the places that it is needed.”

A Cure for Pain?

In recent years, cannabis has been touted as a treatment for nausea, glaucoma, multiple sclerosis, cancer and menstrual cramps. The drug has also become increasingly popular among military veterans as a way to alleviate the symptoms of PTSD. Even so, the scientific study of most of these applications is still limited, and remains highly controversial.

While the compounds in cannabis target multiple types of neuroreceptors at once, scientists are increasingly focused on finding drugs that target certain receptors selectively. Of particular interest is a receptor named CB2. Unlike CB1, these receptors are mostly found outside of the central nervous system, present in immune cells throughout the body. The receptor also seems to proliferate in neurons immediately after they have been damaged. In some way, CB2 receptors are involved in the process of healing.

“CB2 activation seems to be accompanied by a decrease in types of tissue fibrosis — a kind of harmful scarring,” Lu says. “It seems to be providing some kind of healing or protection for our body.”

It may be a long time before cannabinoid-based medicines are used for specific, targeted applications. First, scientists must continue to document the underlying mechanisms of this complex biological system. For now, some humans will continue to do what they have been doing for thousands of years — ingest Cannabis sativa in an attempt to harness any number of its many properties. One day, the research that the plant inspired may expand our understanding of our own bodies, and how to live more comfortably inside them.