Whether its targeting COVID-19 or other diseases, our immune system sometimes needs a little help remembering what it's fighting against. 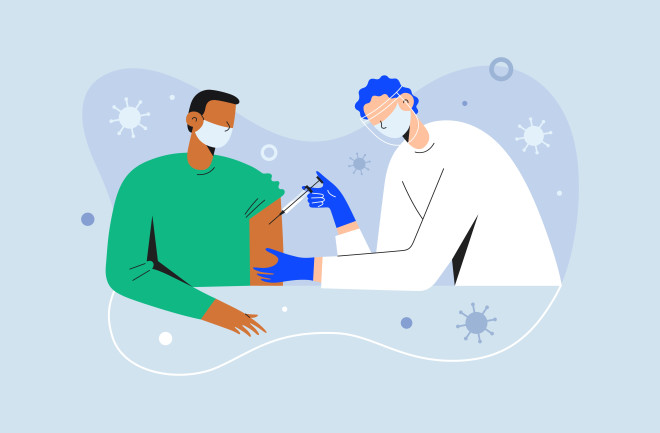 As fall closes in, conversations about what the season might bring during the pandemic are ramping up — and include chatter about COVID-19 booster shots.

Additional, delayed doses are a routine part of several vaccination schedules that most Americans have received. It's not clear yet if extra COVID-19 shots are necessary for everyone. But experts say that the possibility of additional doses of the COVID-19 vaccine isn’t too surprising, since immunologists are essentially working to protect people from a new virus as fast as possible.

Boosters — a term that often refers to shots given six months or more after the first injections — are a routine part of certain vaccination procedures in the U.S. For example, the Tdap shot, which covers tetanus, diphtheria and pertussis, is something adults should receive every five to 10 years. Most booster formulas are identical to the earlier doses, says Birgit Weinberger, an immunologist at University of Innsbruck in Austria.

Boosters serve to bolster our protections from whatever disease they guard against, says Walter Orenstein, a physician who specializing in immunizations at Emory University. Typically, there are three main reasons why our immune systems might need the boost.

One is that it’s possible some people’s immune systems might need another chance to learn the right defense strategy. Measles, for example, used to be a one-dose vaccine. But when kids went off to school and spent more time with others, it turned out that some hadn’t built up the protection they were supposed to, Orenstein says. To make sure everyone developed the baseline immunity they needed, the CDC and its advisory committee, the Advisory Committee on Immunization Practices, added another measles shot to the immunization schedule. The same situation explains why some people, like those with compromised immune systems, are receiving a third COVID-19 shot right now; it’s possible their immune systems failed to get it right the first time around.

Another reason we might get booster shots is because our immunity from the first injections is waning. Meningococcal immunity can fade, for example, which is why the recommended vaccination schedule calls for a second dose a few years later, Orenstein says. Lastly, it’s also possible we end up needing to schedule another doctor’s appointment because the pathogen we are vaccinated against has changed enough that it’s dodging our defenses. That’s the main reason why we get flu vaccines every year, Orenstein says. New flu variants typically crop up each fall.

Since a pathogen can move though the population and change at the same time that our individual immune responses weaken, it's important for scientists to determine whether a booster shot uses the same formula as before, or if they should develop a new recipe. Maybe the virus mutates so drastically that a new ingredient list is needed — or maybe the virus hasn't changed much and our protection has just faded, so another shot of the same formula will do the trick.

Building In A Gap

Vaccination schedules that ask people to come back for more shots months (or even years) later may seem somewhat inconvenient. But our immune system responds well to the large gap between shots, Weinberger says. The delay appears to drive home a long-term immune system memory of a pathogen.

There are a few factors that shape the injection timeline the CDC settles on for a particular vaccine. Typically, vaccine makers choose the initial schedule used in trials, Orenstein says. The company researchers pick timing they think will be safe and effective, and can change depending on shot ingredients. For example, vaccines that use dead or inactivated versions of the actual virus typically put more time between doses than other kinds of vaccines, Orenstein says.

With measles, the later booster shot appeared after the vaccine itself was in use. Health care providers realized kids needed more protection, and so it became part of standard practice. That a similar conversation is happening around COVID-19 vaccines right now doesn’t surprise Weinberger: Many of the vaccines that require delayed booster shots are meant to protect us from pathogens we (hopefully) haven’t encountered on our own, says Weinberger.

While it also protects people who have caught SARS-CoV-2, the COVID-19 vaccine still provides protection against the virus for people who haven’t been exposed yet. And if our immunity against, say, hepatitis B can fade and benefit from another shot much later, it makes sense to Weinberger that something similar would happen with COVID-19 vaccinations. “I think for the immunologists, it's not surprising that this was not immunity for eternity,” she says.

It also makes sense that the original vaccination schedule proposed by developers didn’t include a shot administered six months later. When a new virus is tearing through communities, getting people protection against the virus quickly is important. If testing were to plow ahead with a vaccine dose schedule that has trial participants wait six to twelve months to get a third shot, that would mean six to twelve months of waiting while the pandemic continued on — and then waiting even longer after the third dose to see how patients fared. "Nobody would have gone for that study design, and rightly so," Weinberger says. "No way that you can wait for that." Sticking with one or two doses allowed development to go faster at a point when time was critical.

Whether or not we eventually need extra shots, it’s important to stay flexible, Orenstein says. “We have to be prepared to make changes.” Recording systems need to account for every case of COVID that happens, and note if the person was vaccinated. If they were, researchers need to know if their protection was waning or if the virus was different enough to overcome it. Tracking those factors will help decide if and when we need more shots — and if the formulas change — along with weighing supply chain demands and distribution equity.

And even if booster shots have taken center stage, the most important discussion still has to be about getting more people their very first vaccinations, period. Debate can continue about how effective a vaccine is six months or more after it's been administered, but there's one statistic that's for certain, Orenstein says: “A vaccine dose still in the vial is 0 percent effective."