Being angry makes a woman look more like a man. 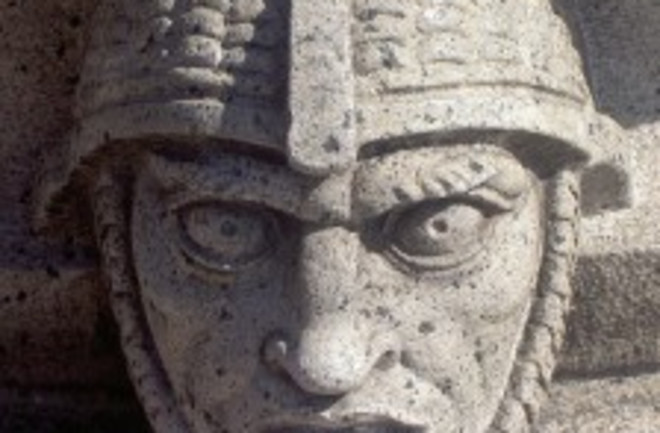 When you were angry as a child, did your mother ever warn you that your face would freeze like that? While that might be a myth, your expressions can influence how easy it is for someone to identify you as a woman or a man. Here, the researchers showed participants computerized androgynous faces with varying levels of angry, happy, or fearful expressions, and asked them to assign a sex to each face. They also showed non-androgynous faces with the same expressions and tested how long it took the participants to identify the face as male or female. Turns out that the features of an angry face, such as downturned mouth and lowered eyebrows, bias people to perceive the face as male; in contrast, features of fearful or happy faces make faces look more feminine. Be sure to check out the creepy computerized androgynous faces after the jump!

Face gender and emotion expression: are angry women more like men? "Certain features of facial appearance perceptually resemble expressive cues related to facial displays of emotion. We hypothesized that because expressive markers of anger (such as lowered eyebrows) overlap with perceptual markers of male sex, perceivers would identify androgynous angry faces as more likely to be a man than a woman (Study 1) and would be slower to classify an angry woman as a woman than an angry man as a man (Study 2). Conversely, we hypothesized that because perceptual features of fear (raised eyebrows) and happiness (a rounded smiling face) overlap with female sex markers, perceivers would be more likely to identify an androgynous face showing these emotions as a woman than as a man (Study 1) and would be slower to identify happy and fearful men as men than happy and fearful women as women (Study 2). The results of the two studies showed that happiness and fear expressions bias sex discrimination toward the female, whereas anger expressions bias sex perception toward the male." Bonus figure from the full text:

Endpoint expressions for the three continua.

NCBI ROFL: Get angry. Get noticed.