Frozen meals and fast foods have become popular meal options around the world. But overconsumption of these highly processed foods can pose serious health risks. 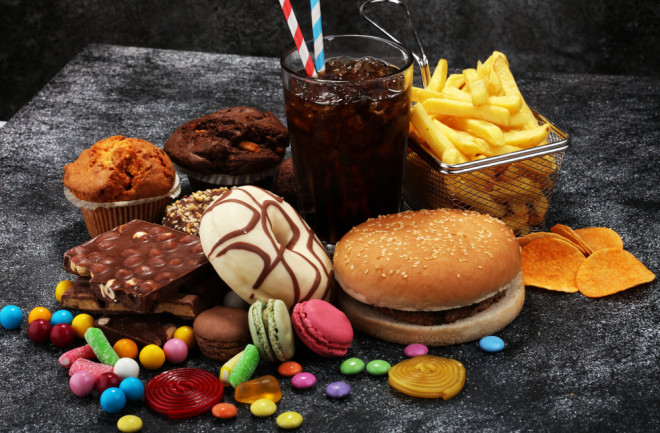 Ask any nutritionist and they'll tell you that our health is a reflection of the lifestyle we lead and what we put on our plates. The food we eat not only satisfies our hunger. It also fuels our bodies with energy to carry on. In today’s fast-paced life, there's limited time to make elaborate home-cooked meals. It's no wonder that 80 percent of Americans' total calorie consumption is thought to come from store-bought foods and beverages. Many of these food items are considered ultra-processed, causing a growing rate of concern for human health among scientists.

You may be wondering what exactly ultra-processed foods are. The concept of processing refers to changing food from its natural state, according to Harvard Health Publishing. Methods of accomplishing this include canning, smoking, pasteurizing and drying. Ultra-processed foods take processing one step further by adding multiple ingredients such as sugar, preservatives and artificial flavors and colors. Commercially prepared cookies, chips and sodas are just a few of many examples of foods that fall into the highly processed category.

In order to further understand ultra-processed foods, we must first explore the different levels of food processing. The term ultra-processed was first coined by Carlos Monteiro, a professor of nutrition and public health at the University of Sao Paulo, Brazil. Monteiro also created a food classification system called NOVA that has become a popular tool in categorizing different food items. The NOVA Food Classification system contains four different groups:

On a daily basis, the ultra-processed category is not the best source of your nutritional intake. But there's still hope for our frozen pizza and chocolate lovers. Caroline Passerrello, spokesperson for the Academy of Nutrition and Dietetics, suggests that there may be a place on our plates for processed foods.

It's often said that most things are OK in moderation. But does this saying ring true for ultra-processed foods?

According to Passerrello, ultra-processed foods like cookies, chips and sodas are more energy than nutrient-dense. This means that while the energy and calories are present, the nutrients we require like vitamins and minerals are often lacking. This can become a cause for concern because our bodies require both energy and nutrients to function properly.

So, a balanced diet of the different food groups may just be the way to go. But what happens when we overindulge in ultra-processed foods on a regular basis? Because ultra-processed foods are typically filled with sugar and fat, they've been linked to numerous health risks including obesity, heart disease and stroke, type-2 diabetes, cancer and depression.

Passerrello explains that overconsumption of highly processed foods over time can also lead to vitamin and mineral deficiencies. In addition, processed foods tend to have higher amounts of sodium, which is often used to extend their shelf life. Consuming too much sodium can lead to feelings of dehydration and cause muscle twitches.

The health risks associated with overconsumption of ultra-processed foods can easily pile up, but luckily, there are some healthy alternatives that we can choose to incorporate into our diet.

Eat This Not That

Cutting down on ultra-processed foods definitely seems like a good start to a healthy and balanced diet, but it's only the first step. "It's not just the ultra-processed food itself that is the concern, but what else we are, or are not, eating — as well as what our bodies need and ultimately, what foods we have access to on a regular basis," says Passerrello.

Yes, frozen dinners may be an easy option after a long day of work. However, an easy alternative that can save time could be meal prepping in advance. A homemade alternative such as a simple rice dish or burritos can be easy to make in batches and store away for the week. Another simple way to slowly decrease your intake of processed foods is to check food labels for excess amounts of salt or sugar. Instead of sodas, Passerrello suggests opting for orange juice or milk that are fortified with calcium and vitamin D.

Ultimately, choosing healthy foods is a matter of providing your body with the proper nutrients it needs while also incorporating your personal tastes and preferences. A handful of chips and a frozen pizza may not be the healthiest treat, but they won't do serious damage as long as ultra-processed foods aren't your main and only form of nutrients.

More From Discover
Health
Is 'Expired' Milk Safe to Drink? Here's How to Know When to Throw Away Food
Health
Extreme Fatigue: 4 of the Longest-Lasting Sporting Events
Health
Walking vs. Running Benefits: Should You Walk or Run for Exercise?
Technology
What Is a Social Media Cleanse?
Health
What is the Purpose of Hiccuping?
Mind
Gut Bacteria's Role in Anxiety and Depression: It’s Not Just In Your Head
Recommendations From Our Store
My Science ShopDiscover STEM Kits
My Science ShopDiscover 2022 Calendar
My Science ShopStrange Science
My Science ShopElements Flashcards
Shop Now
Stay Curious
Join
Our List