It depends on which ones you're consuming, health experts say. 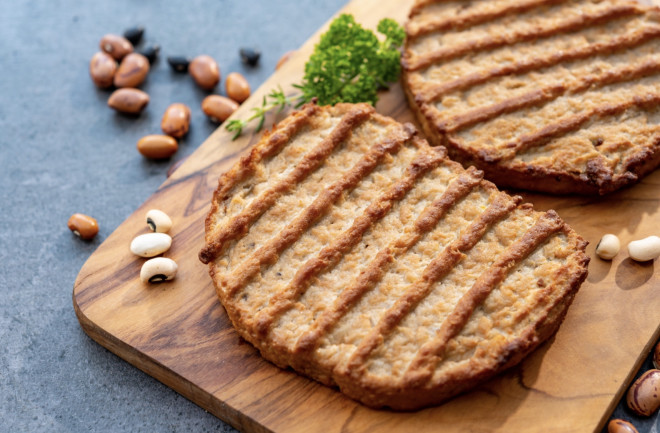 Most health experts would agree that eating meat — especially red meat — in large quantities isn't good for us, or the planet. Studies point to an increased risk of heart disease and cancer correlating to our meat-heavy diets. And research shows that moving toward a more plant-based diet is one of the most effective changes individuals can make to help combat climate change.

Meanwhile, manufacturers are busy crafting increasingly tasty and more meat-like products that rival the real thing — making the switch from eating animals seem like a no-brainer. But are these fake meat products any healthier for us? The answer, experts say, depends heavily on how they are made.

Jinan Banna, a dietitian and nutrition professor at the University of Hawaii says that some fake meat products can be considered "ultra-processed" foods. “[That] means they go through multiple processes and have a lot of added ingredients,” she says. “An alternative burger, for example, might have quite a bit of sodium, as well as additives.” Some of these additives are on the market for a while before the scientific community determines them to be harmful, Banna adds.

Sofia Popov, a microbiome scientist in Copenhagen and a vegetarian for more than 15 years, points to tertiary butylhydroquinone (also known as TBHQ) as one example. TBHQ is synthetic preservative that prevents foods from losing its color. The U.S. Food and Drug Administration has determined that the preservative is safe at the low levels used in foods. However, in higher concentrations it has been linked to a range of negative side effects, from vision disturbances to stomach tumors.

Health experts like Popov and Banna recommend that consumers stick with vegetarian options that are close to the whole foods as possible, like black bean burgers. In other words, steer clear of products with lengthy ingredient lists. “Anytime you see a long list of ingredients, including 'natural flavors' take it as a warning sign,” says Popov. “Who knows what’s actually in it?”

But that assessment feels unfair to Kelly Krause, executive vice president of Atlantic Natural Foods — a company responsible for a variety of alternative meat products, including plant-based seafood options. Long ingredient lists and natural flavors appear on their products, but Krause insists that consumer health is top of mind when developing their products. “There is a misconception that shelf-stable products are full of preservatives and highly processed, but this is not always the case,” says Krause. “Our cooking process is like that of home 'canning,' where products are cooked to a specific temperature and then sealed, thus preserving the quality, taste and nutritional value.”

Krause says that when developing their recipes, Atlantic Natural Foods looks to include a variety of healthful ingredients, from vegetables to nuts, legumes and other vegetarian protein sources. They also like to mimic the nutrition found in their meat counterparts. For example, their alternative tuna product — Tuno — includes omega 3a and DHA, which are nutrients naturally found in fish. “There is a tremendous community of health and nutrition innovators who are working toward the common goal of more sustainable protein production and ultimately, world health,” says Krause.

When the company got its start in 2008, Krause says Atlantic Natural Foods wanted to address the fact that heart disease was (and still is) the number one killer in the United States. “Patients were being told to eat more salads and other healthy foods of that nature,” Krause says. “We knew there had to be a way to develop great tasting, affordable, and convenient plant-based meals.”

Perhaps convenience is the best argument for buying an alternative meat product you can simply cook straight out of the box, but some health experts suggest other plant-based healthful options can be simple, too. For example, on a busy day Banna said she was able to throw together a tempeh dish which she marinated in a little oil, vinegar, maple syrup and other seasonings. “We definitely derive nutrients from animal (based) food — iron and zinc and other minerals as well. But it also contains saturated fat and cholesterol so it's good to moderate our intake,” says Banna. “Vegetarian substitutes can be very tasty so we shouldn’t shy away from them.”