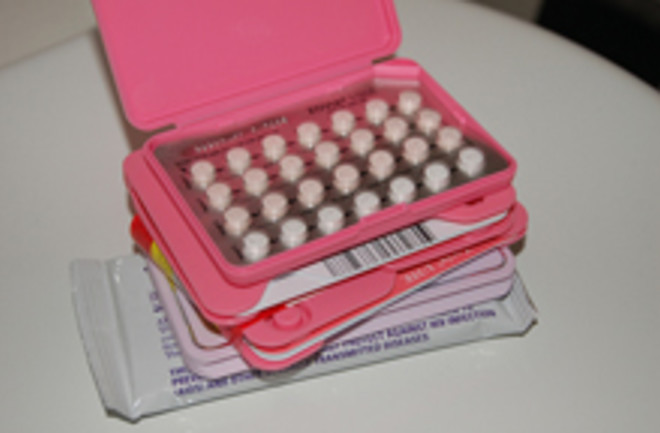 Two researchers have reviewed the body of research on the effects of birth control pills on both women and men's perceptions of attractiveness, and have come to some provocative conclusions. Women on the pill are less attracted to hyper-masculine men, they found, and don't show the typical propensity towards men who are genetically dissimilar from themselves. In addition, women on the pill may lack the attractiveness edge that's associated with ovulation, the study found. An alarmist, tabloid-esque summary of the findings might read like this: Pill-taking women aren't hotties, and they pick girlie men who are likely to give them ugly babies. But of course, there's a lot more complexity to the findings.

While mounting evidence suggests that having one's hormonal levels smoothed out in this way alters some of the laws of attraction between men and women, scientists hasten to add that hormones aren't everything. The new study (pdf), published in Trends in Ecology and Evolution, looked first at research that's been conducted on women's preferences for men. Women who aren't on the pill have shown a preference for certain types of men while they're ovulating: they prefer men with more traditionally masculine facial features, and have also been shown to prefer the smell of men who are genetically dissimilar (which in humanity's earlier days, when inbreeding was a danger, would have been an advantage). Women on the pill don't show these same preferences. But many

would argue that personality is a far better way to choose a life partner than what they smell like. One recent study involving speed-dating experiments suggested that although women might say they prefer the scent of men with dissimilar immune systems, this doesn't correspond with the men they actually chose to go out with [New Scientist].

William Hurd, a reproductive endocrinologist, notes that female preference isn't the same as mate selection for a long-term relationship.

"If you don't take into account society maybe we're all animals, but in social situations I don't think there are many women who change who they would mate with at different times of the month. It might change desires or perceptions but, gee whiz, that's a long stretch to changing who you would date, or even who you would go to dinner with" [HealthDay News]

, he says. Then there's the idea that women who are on the pill lack an attractiveness edge.

The theory goes like this: Over the course of a menstrual cycle, hormonal fluctuation slightly alters woman's facial appearance, her vocal pitch, even body odor. And during ovulation, those changes increase a woman's attractiveness because they indicate fertility. While such cues are admittedly subtle, they do get noticed: a study investigating tip earnings by lap dancers showed that earnings varied across menstrual cycles, with ovulating women as the highest earners [Newsweek].

But these findings shouldn't be too depressing for women on the pill--in the case of the lap-dancing study, researchers found that dancers on the pill

earned similar tips to those with normal cycles during the non-fertile periods of their menstrual cycle, suggesting that men found them equally attractive [New Scientist].

The review opens an interesting window into the hormonal basis of our romantic and sexual impulses, but study coauthor insists she doesn't want her study interpreted as a critique of birth control.

"The pill has been fantastic for women in terms of social mobility, choosing whether they want to reproduce," she says. "That's really good; we just don't want to be blind. We want to know of the possible side effects, so then women can make the choice" [Newsweek].