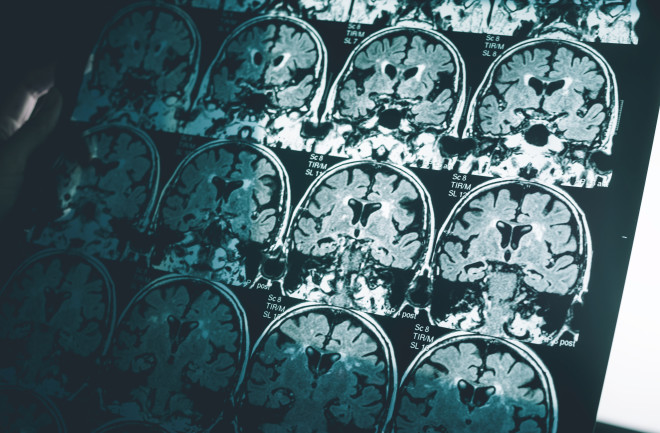 Under different circumstances, the U.S. Food and Drug Administration’s approval of the medication aducanumab might have been celebrated as one of the great therapeutic advances of 2021. The drug was proclaimed as the first medication to target the underlying pathology of Alzheimer’s disease. The most common form of dementia, Alzheimer’s affects more than 6 million people in the U.S. alone. Although a handful of older drugs can temporarily blunt its symptoms, none can slow the processes behind its devastating onslaught.

Yet the FDA’s ruling became one of the year’s biggest scientific controversies. The roots of the brouhaha stretch back to March 2019, when aducanumab’s developers, U.S.-based Biogen and Japan’s Eisai, halted two large clinical trials after an independent monitoring committee determined that the drug showed no clinical benefit.

In one sense, the drug had done its job: clearing patients’ brains of amyloid plaques, the deposits of abnormal protein that are a hallmark of Alzheimer’s. Whether amyloid causes the disease remains a matter of debate, however — and aducanumab’s performance, like that of many previous candidate drugs, failed to settle the question. Nonetheless, Biogen wasn’t ready to surrender. When its scientists analyzed the trial results further, they found that in one of the aborted trials, high-dose patients showed a slight delay in cognitive decline. The company decided to resume seeking approval.

In November 2020, Biogen made its case to an FDA advisory panel, while the FDA’s biostatistical office took the opposite view, arguing that there was “no compelling, substantial evidence of treatment effect or disease slowing.” The panel of 11 experts sided overwhelmingly with the biostatisticians: 10 voted that the evidence was insufficient; one was undecided. In addition, they agreed that aducanumab’s risks — including brain swelling or bleeding in 40 percent of patients on a higher dose — were too steep to justify FDA approval.

The FDA could have ended things there. Instead, the agency greenlit aducanumab last June, under a program called accelerated approval — designed to provide early access to medications that affect a disease biomarker deemed “reasonably likely to predict clinical benefit.” Biogen would be required to mount another study, with results expected by 2030. Meanwhile, it could sell its product under the trade name Aduhelm to any patient with Alzheimer’s.

That same day, the company announced the drug’s U.S. list price: a whopping $56,000 per year. The cost would mainly be borne by taxpayers, via Medicare.

Alzheimer’s advocacy groups cheered the decision, for which they’d lobbied heavily; so did some researchers who saw a glimmer of hope in Biogen’s results. But three members of the FDA’s advisory panel resigned in protest, and many other experts reacted with shock.

Two congressional committees announced that they would investigate Aduhelm’s approval process, pricing, and labeling. Then STAT News published an exposé reporting that Biogen had waged a campaign called Project Onyx to influence the agency, and had collaborated closely with top officials to get the drug approved.

Soon afterward, FDA Acting Commissioner Janet Woodcock — who said she had not been involved with the approval — called for a probe by the Department of Health and Human Services inspector general. The agency also revised Aduhelm’s label, specifying that the medication was recommended only for patients with mild or early-stage Alzheimer’s, the group that was studied in clinical trials. Still, several major medical centers declared that they would not prescribe the drug for the time being.

Physicians elsewhere must decide for themselves, as must those they treat. “When I talk to patients about aducanumab, I include a narrative of the events that led to its approval,” says Jason Karlawish, a geriatrician at the University of Pennsylvania’s Perelman School of Medicine. “People need to understand where something comes from.”